SEOUL, Nov. 19 (Yonhap) -- A National Assembly committee passed the unification ministry's 2022 budget proposal on Friday despite a boycott by the main opposition party.

The ministry had requested 1.27 trillion won (US$1.07 billion) for the Inter-Korean Cooperation Fund to finance various humanitarian, economic and social projects between the South and the North.

The ruling Democratic Party added an extra 10.7 billion won on top and passed the proposal during a meeting of the National Assembly Foreign Affairs and Unification Committee on Friday after members of the main opposition People Power Party left the room in protest. 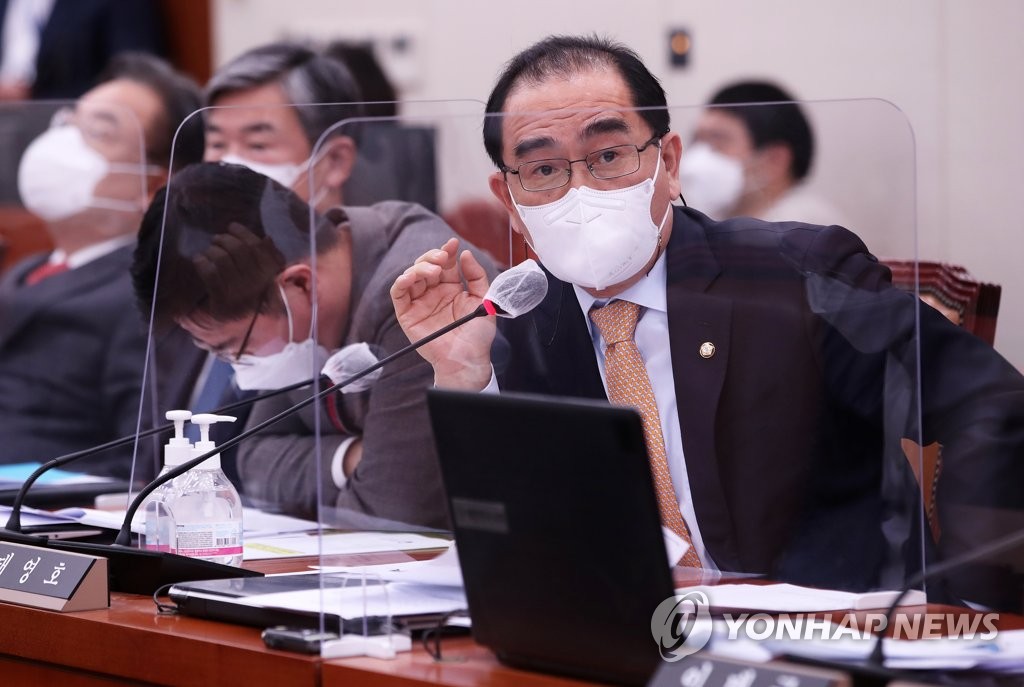 PPP Rep. Tae Yong-ho said his party had taken issue with the ministry's plan to use more than 400 billion won from the fund on inter-Korean railway and road projects and had demanded a detailed proposal.

"They refused to submit the plan, saying it was a closed-door project," Tae, a former North Korean diplomat who defected to the South, said.

He cited the North's announcement of a successful ballistic missile launch from a train in September, saying, "As the opposition party, we cannot help but ask why the government is trying to spend the people's taxes on items that could be used for the Kim Jong-un regime's railway missiles at a time when the government's financial assistance is desperately needed more than ever in various parts of our society, including by small merchants."

DP Rep. Yoo Ki-hong countered, however, that the proposal was passed at the subcommittee level under the PPP's chairmanship.

It will be sent to the parliamentary budget committee for approval.