SEOUL, Nov. 19 (Yonhap) -- South Korea and the United States are in final-stage talks over Seoul's proposal for the declaration of a formal end to the 1950-53 Korean War, a top official said Friday.

Unification Minister Lee In-young made the remarks during a forum on international relations, as Seoul has been striving to accelerate the consultations with Washington over the proposal, which it says would serve as a catalyst to resume nuclear diplomacy with Pyongyang.

"The South and the U.S. have been holding very serious, deep consultations regarding the end-of-war declaration," he said. "I can say that to a certain extent, those discussions are entering a final stage."

Saying that a "sign of change" on the Korean Peninsula has been emerging, the minister predicted that the North would not do things that would escalate tensions for the time being.

"Still, the North has continued to conduct short-range missile tests, but kept a level short of crossing the 'red line,'" the minister said.

"While we can't make a conclusive judgment, the North might not behave in a way that would foment tensions in a high-intensity, strategic way or escalate them," he added.

In recent months, Seoul has been stepping up diplomacy with Washington, Tokyo and other concerned parties to elicit their support to bring Pyongyang back to dialogue and move forward its stalled peace agenda. 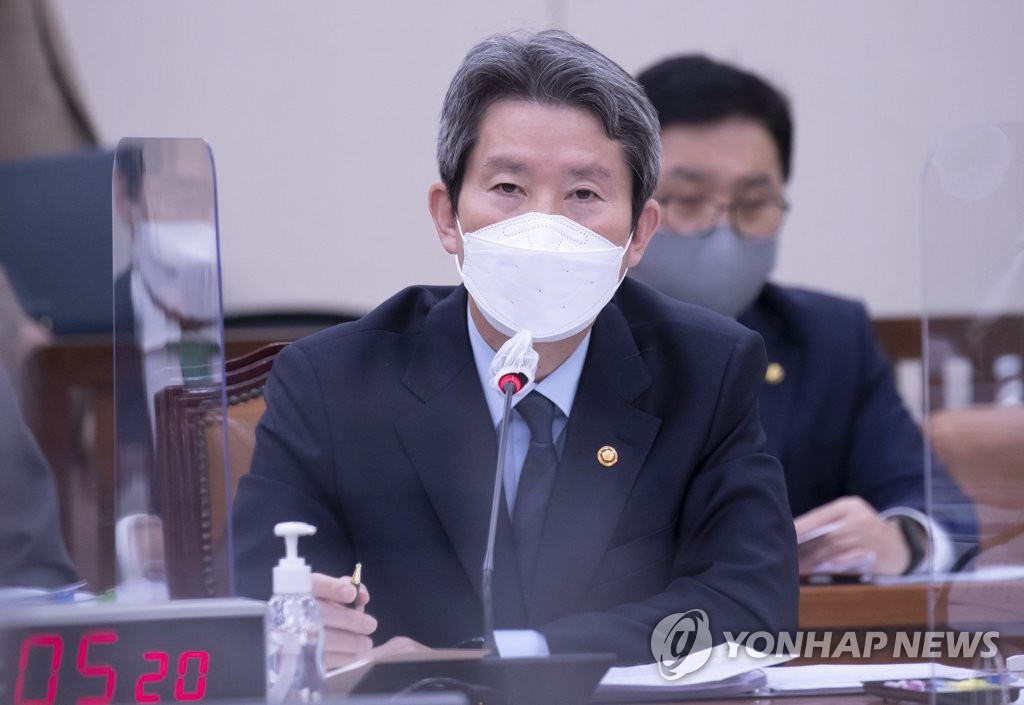