The video for the megahit single released in 2020 reached the milestone at 10:15 p.m. Friday, Big Hit Music said. 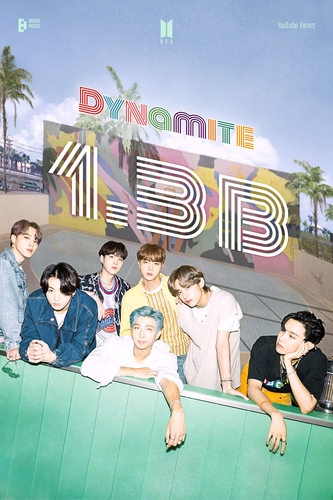 BTS has a total of 35 music videos with more than 100 million views on the global music sharing site.

"Dynamite" is its first English-language song. The song made BTS the first Korean act to debut at No. 1 on the Billboard Hot 100 main singles chart in 2020 and earned the group its first Grammy nomination.