As of noon, the density of ultrafine dust, called PM 2.5, hit the "very bad" level for Seoul, Incheon, Gyeonggi Province and South Chungcheong Province, according to data from the state-run Korea Environment Corp.

Other parts of the country, excluding Gwangju and South Jeolla Province in the southwest, registered "bad." 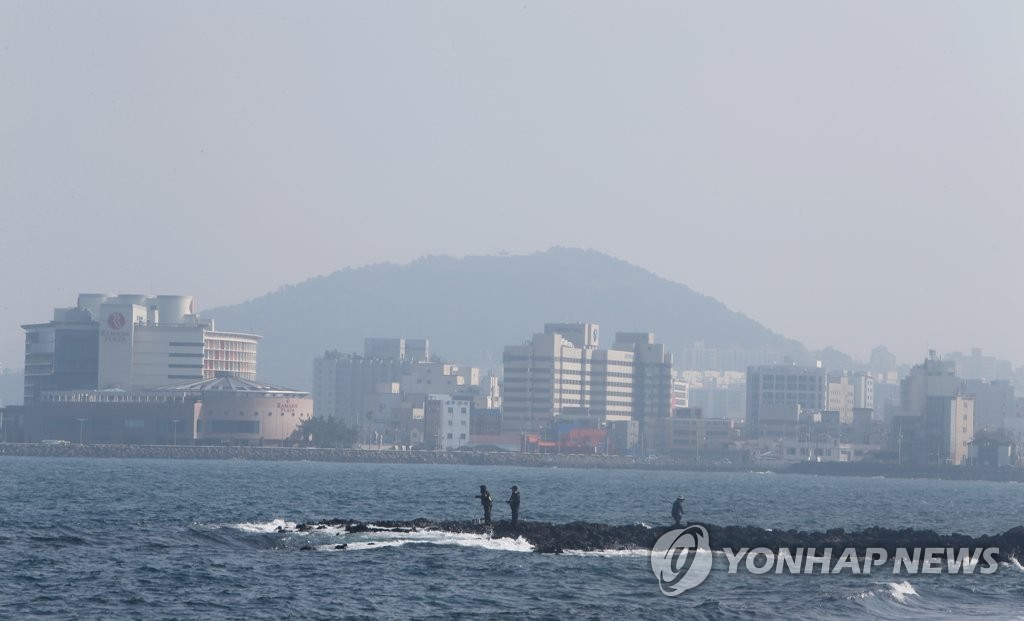 The level of fine dust, called PM 10, remained "bad" for Seoul, Gyeonggi, and central and northeastern regions, while the reading elsewhere was "average."

PM 2.5 and PM 10 refer to particulate matters smaller than 2.5 micrometers and 10 micrometers in diameter, respectively.

The high concentration is attributable to the combination of micro particles from China, which began to blow in Thursday night, and domestic air pollutants accumulated due to stagnant air, the state-run National Institute of Environmental Research said. 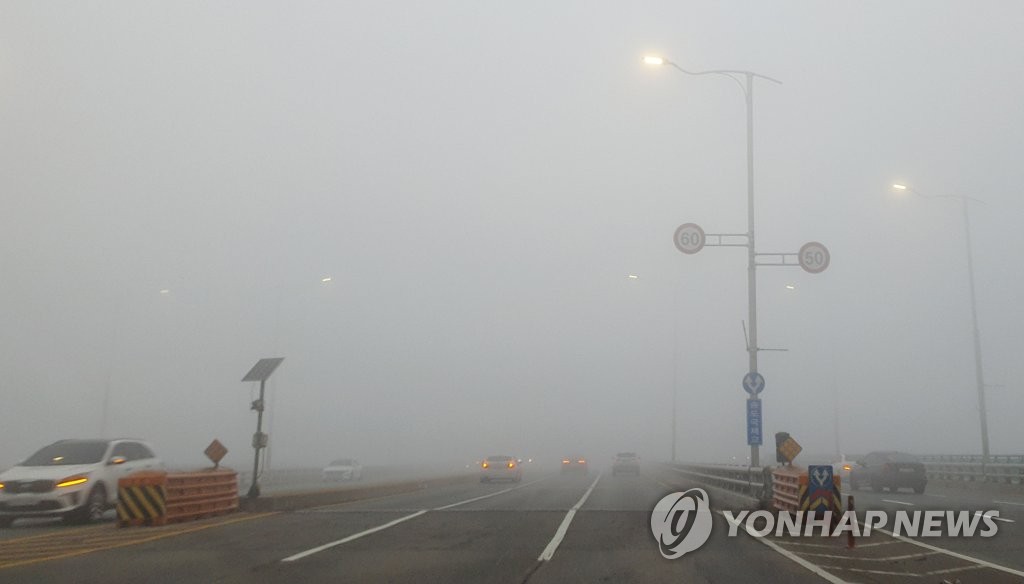 On late Friday, fine dust and ultrafine dust advisories were issued for Seoul and Gyeonggi for the first time in about six months.

Other affected parts of the country were also put under fine dust advisories Saturday.

Micro-dust air pollution is expected to remain high for central, northeastern and southwestern regions through Sunday afternoon, the institute said, before it begins to ease with rain and strong winds expected Sunday night.
(END)