INCHEON, Nov. 20 (Yonhap) -- South Korea and Japan will continue diplomatic talks, a senior Seoul diplomat said Saturday, amid a renewed spat between the two countries over the East Sea islets of Dokdo.

First Vice Foreign Minister Choi Jong-kun made the remarks upon arriving home from Washington where he held talks with his U.S. and Japanese counterparts -- Wendy Sherman and Takeo Mori.

Tensions over Dokdo flared when Mori boycotted a joint press availability set to involve all three diplomats, in protest over the recent visit to Dokdo by a top South Korean police officer.

"There is no discontinuity in dialogue or consultations between the diplomatic authorities (of the two countries) and they will continue," Choi told reporters at Incheon International Airport, west of Seoul.

"We will have consultations over issues that need to be discussed, but we will strictly stick to principles," he said. 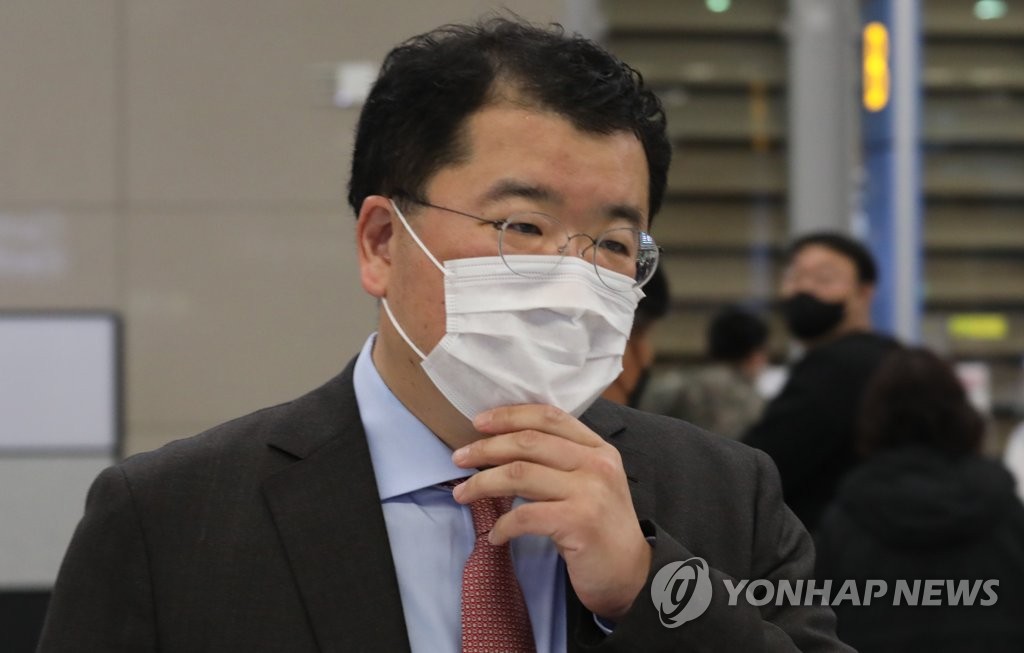 The vice minister also said that there isn't any territorial dispute between South Korea and Japan -- in a reiteration of Seoul's position that Dokdo is its inherent territory historically, geographically and by international law.

Dokdo has long been a recurring source of tension between the two neighbors, as Tokyo continues to make sovereignty claims in its policy papers, public statements and school textbooks.