North Korea's Foreign Ministry said it categorically rejects the anti-DPRK "human rights resolution" of the hostile forces, calling it a product of anti-DPRK hostile policy and double standard, referring to the North by its official name, the Democratic People's Republic of Korea.

"We will never tolerate any attempts that violate the sovereignty of our state, and we will continue to resolutely counter to the end the ever-worsening moves of the hostile forces against us," the ministry said in a statement carried by the North's official Korean Central News Agency.

North Korea has long been accused of grave human rights abuses, ranging from holding hundreds of thousands of political prisoners in concentration camps to committing torture and carrying out public executions.

In 2014, the U.N. Commission of Inquiry issued a landmark report after a yearlong probe that stated North Korean leaders are responsible for "widespread, systematic and gross" violations of human rights.

But Pyongyang has bristled at any talk of its human rights conditions, calling it a U.S.-led attempt to topple its regime.

On Sunday, North Korea claimed all its policies serve to give the highest and absolute priority to the people's rights and interests, and to promote the well-being of the people. 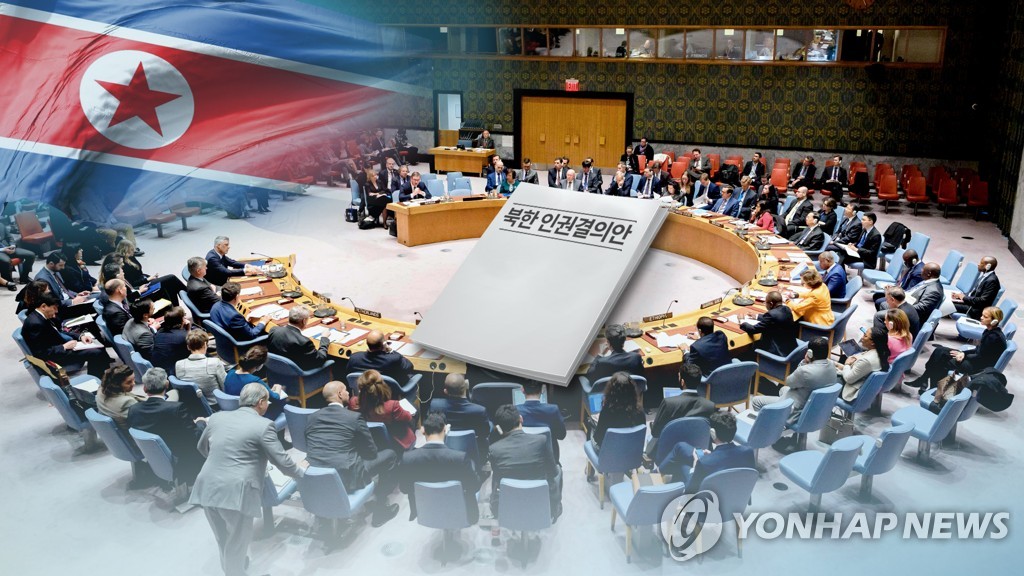