SEOUL, Nov. 21 (Yonhap) -- Ulsan Hyundai FC pulled off a thrilling 3-1 victory over Jeju United on Sunday to add intrigue to the title race in the top South Korean football league.

Forward Oh Se-hun grabbed a brace for Ulsan, including a go-ahead marker just past the 90-minute mark of the K League 1 contest at Munsu Football Stadium in Ulsan, some 415 kilometers southeast of Seoul. Midfielder Lee Dong-gyeong rounded out the scoring late into injury time, as Ulsan improved to 70 points with two matches remaining this season. 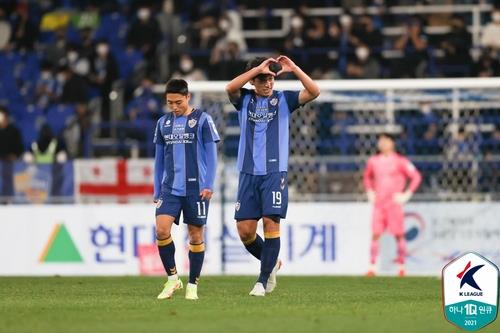 At the top of the tables, Ulsan are now tied in points with Jeonbuk Hyundai Motors, who suffered a 3-2 loss to Suwon FC earlier Sunday.

Jeonbuk are still in first place because they're ahead of Ulsan in the first tiebreaker, goals scored, by 67-62.

Jeonbuk are going for a record fifth straight K League 1 title. Ulsan, who finished in second place to Jeonbuk in both 2019 and 2020, are pursuing their first title since 2005.

Jeonbuk rallied from a 2-0 deficit with two second-half goals, with Gustavo's 81st-minute penalty pulling them even. But Jeong Jae-yong put Suwon FC up for good in the 88th minute with a mid-range strike, helping his club snap a four-game losing streak in the process. 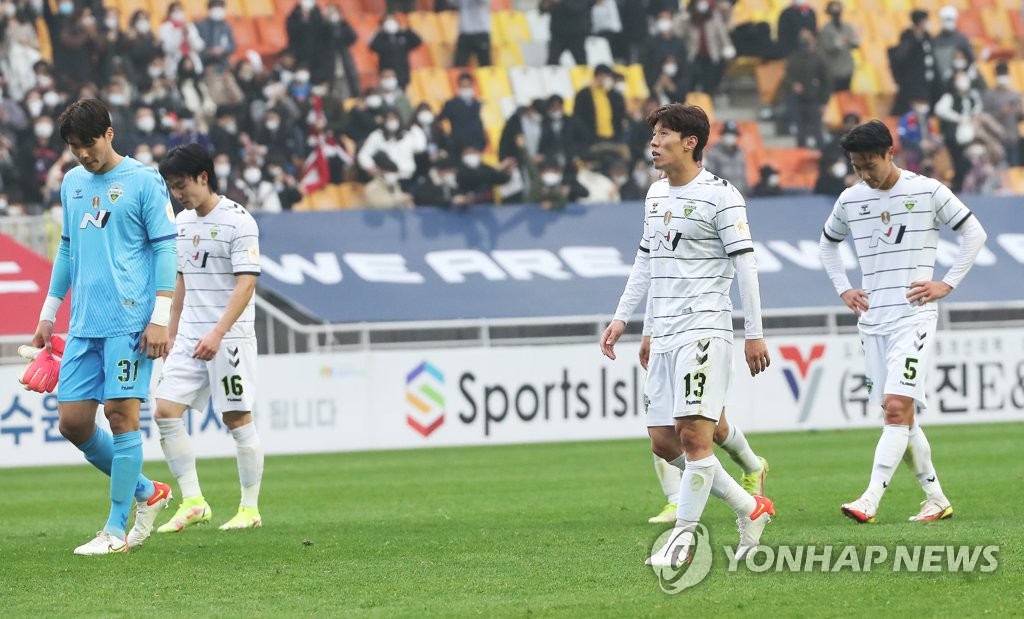 Ulsan and Jeju were scoreless after 45 minutes, and Oh put Ulsan on the board nine minutes into the second half with a left-footed shot from just inside the box, set up by Yoon Bitgaram's picture-perfect through ball.

But Jeju tied the score in the 75th minute on a fortuitous bounce. Gerso Fernandes tried to head home a corner taken by Park Won-jae, and the ball instead went in off the back of Ulsan player Yun Il-lok.

Oh then rescued Ulsan's season with a diving header one minute into injury time. After Jeju failed to convert a late free kick opportunity, Lee Dong-gyeong scored off his own rebound on a counterattack to punctuate the victory. 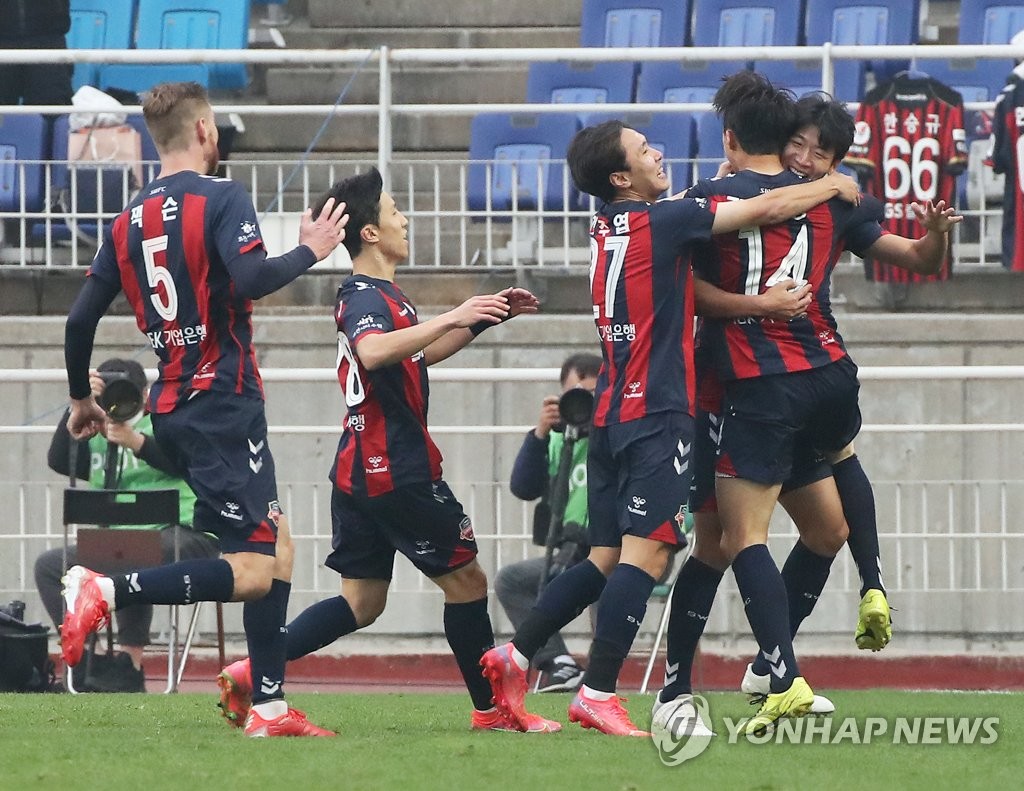