SEOUL, Nov. 22 (Yonhap) -- South Korea's imports of whisky soared more than 70 percent in the first 10 months of the year as more people drank at home amid the coronavirus pandemic, data showed Monday.

The value of whisky imports came to US$93.21 million in the January-October period, up 73.1 percent from a year earlier, according to the data from the Korea Customs Service and the local liquor industry.

It represents the first on-year increase in the country's whisky imports since 2014.

Industry sources attributed the surge to the fact that a growing number of people drink at home amid the COVID-19 pandemic.

South Korea's whisky imports had been on the skids since peaking at $264.6 million in 2007.

The downturn followed the implementation of the country's draconian anti-graft law in 2016 and a 52-hour workweek in 2018. Tough social distancing measures were also responsible as many bars in Seoul were forced to shut down. 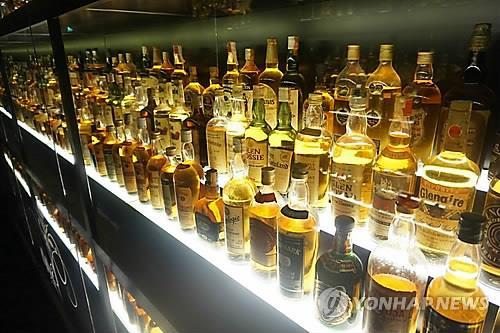