SEOUL, Nov. 22 (Yonhap) -- The South Korean fantasy horror "Hellbound" has topped the world's popular TV show rankings on the day after its release.

According to data by streaming analytics firm FlixPatrol, the Korean-language Netflix original became the most-watched TV program on the streaming platform Saturday (U.S. time), a day after its global premier.

The show placed No. 1 on the most-watched show list in 24 nations, including South Korea, Belgium and Mexico, while it finished third in several countries like the United States and Canada.

It pushed down the global sensation "Squid Game," also a Korean-language original, to second place, which has long maintained the top spot.

Written and directed by Yeon Sang-ho of "Train to Busan (2016), "Hellbound" depicts social turmoil and unrest after a series of inexplicable supernatural phenomena.

It is based on a webtoon titled "Hell," written and drawn by Yeon, and which has received widespread acclaim since its release in 2019.

On the following day, however, "Hellbound" dropped to second after "Arcane," an animated series based on the online battle game "League of Legends," rose to the top position. 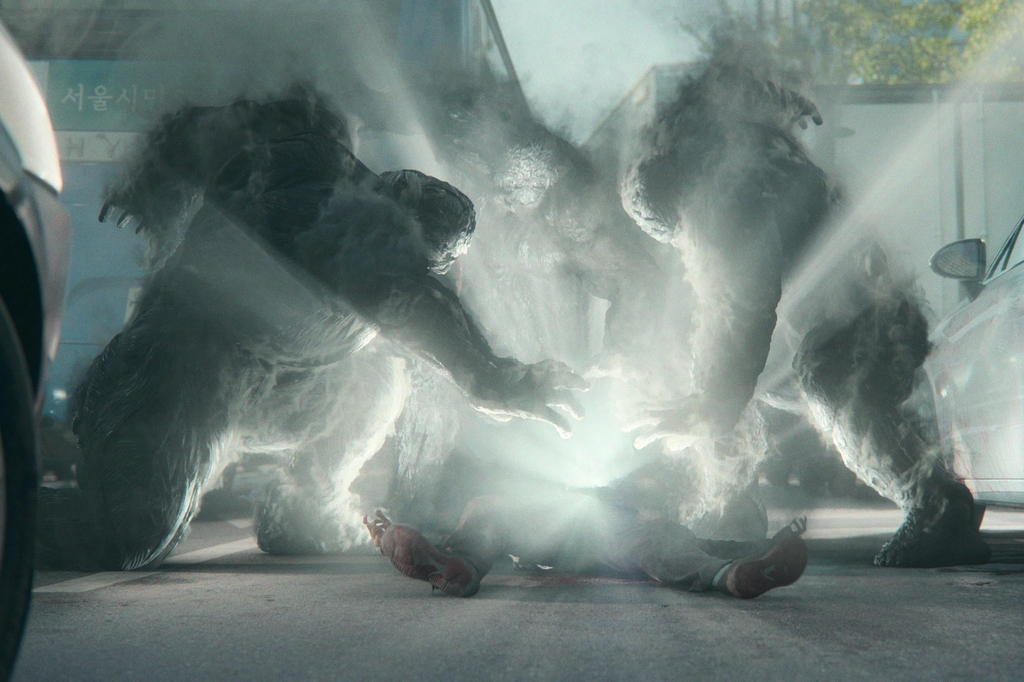 S. Korea's 'Hellbound' debuts at No. 1 spot on Netflix

S. Korea's 'Hellbound' debuts at No. 1 spot on Netflix