SEOUL, Nov. 22 (Yonhap) -- Prosecutors on Monday indicted the owner of an asset management firm at the center of an explosive urban development corruption scandal along with two partners on breach of trust and bribery charges.

Kim Man-bae, owner of Hwacheon Daeyu Asset Management, and his partner, Nam Wook, were indicted with detention on charges in connection with the 2015 project to develop the Daejang-dong district in Seongnam, south of Seoul, into apartment complexes.

Jeong Young-hak, another partner of Kim, was also indicted without detention as an accomplice.

Prosecutors have been looking into suspicions over how the previously unheard-of asset management company and its seven affiliates were chosen as private partners for the lucrative project and reaped astronomical profits.

The three are alleged to have colluded with Yoo Dong-gyu, former acting president of Seongnam Development Corp., to set the terms of the public bidding in the project to allow Hwacheon Daeyu to become the preferred bidder.

Through the deal, prosecutors believe the company reaped profits of at least 65.1 billion won (US$55.3 million) from housing site development dividend earnings and at least 117.6 billion won from the construction project, and caused damage to Seongnam Development.

They are also suspected of giving Yoo 500 million won in bribes after promising to give him a total of 70 billion won. Yoo was indicted by prosecutors last month and is awaiting his first court hearing later this week.

Kim and the two partners, however, were not charged with suspected lobbying of politicians and government officials, despite strong suspicions of allegedly handing bribes to Kwak Sang-do, a former opposition lawmaker, in the name of severance pay to his son, a former Hwacheon Daeyu employee.

The scandal has received intense media coverage amid questions about its potential impact on next year's presidential election, as the project was launched when the ruling Democratic Party's presidential nominee, Gyeonggi Gov. Lee Jae-myung, was mayor of Seongnam.

Lee has apologized for what he described as "appointing the wrong people" but has rejected all allegations raised against him. 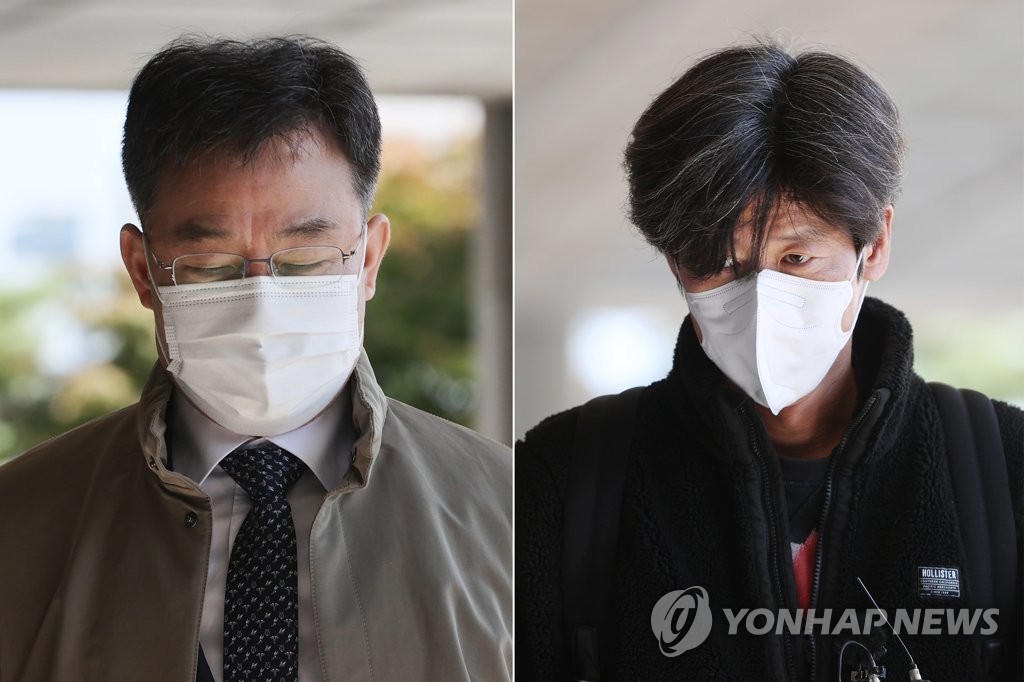