Frank Rijsberman, director-general of GGGI, and Rodolfo Solano Quiros, Costa Rican foreign minister, signed a host country agreement to set a legal basis for operation of its regional office and its staff.

The location and detailed schedule have not yet been decided, the institute said.

He is in Seoul on a four-day state visit to the nation.

"We recognize the GGGI as a strategic partner towards the transformation of the economy in accordance with the National Decarbonization Plan and the green economic recovery," Alvarado said during the signing ceremony at the GGGI's headquarters, also attended by Ban Ki-moon, a former U.N. secretary-general who now serves as the institute's president.

The tropical nation aims to go carbon neutral by 2050, and its long-term plan includes investment in zero-emission vehicles, renewable energy and reforestation. Costa Rica has generated 99 percent of its electricity from renewable sources since 2014. 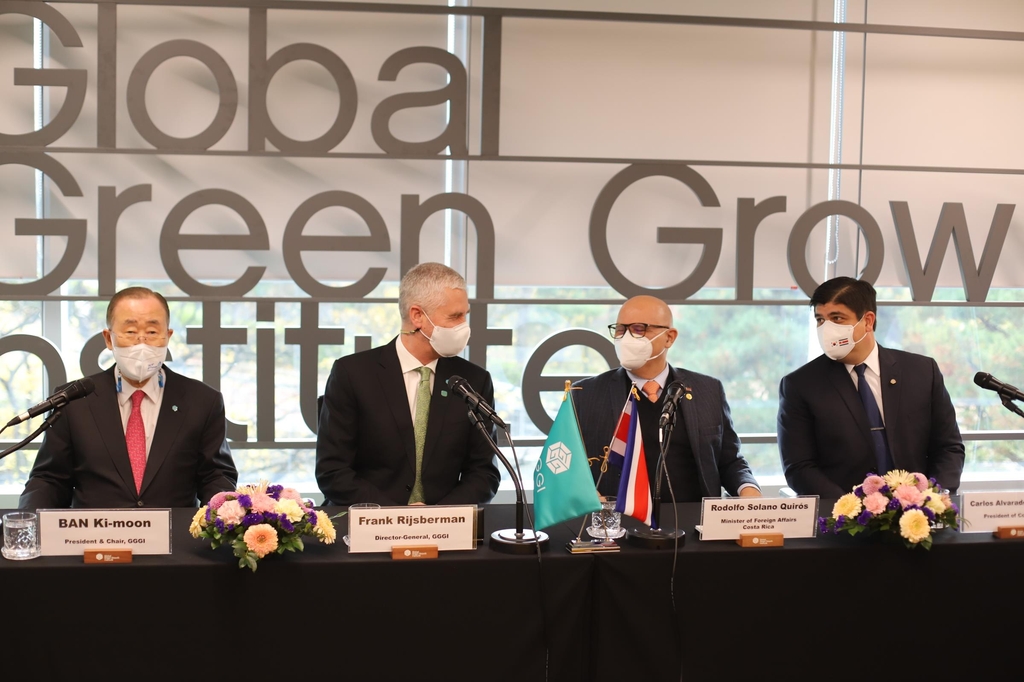