Suh Wook made the remarks during a preparatory panel session for the 2021 U.N. Peacekeeping Ministerial slated for Dec. 7-8. The meeting is expected to bring together some 700 people from more than 150 nations, including foreign and defense ministers, and relevant U.N. officials and experts.

"South Korea will announce a substantive contribution pledge to provide helicopter assets, which are priority requirements (for U.N. operations), so as to contribute to the dramatic improvement of the conditions for the U.N. PKO Mission," Suh said during the session held at the foreign ministry. 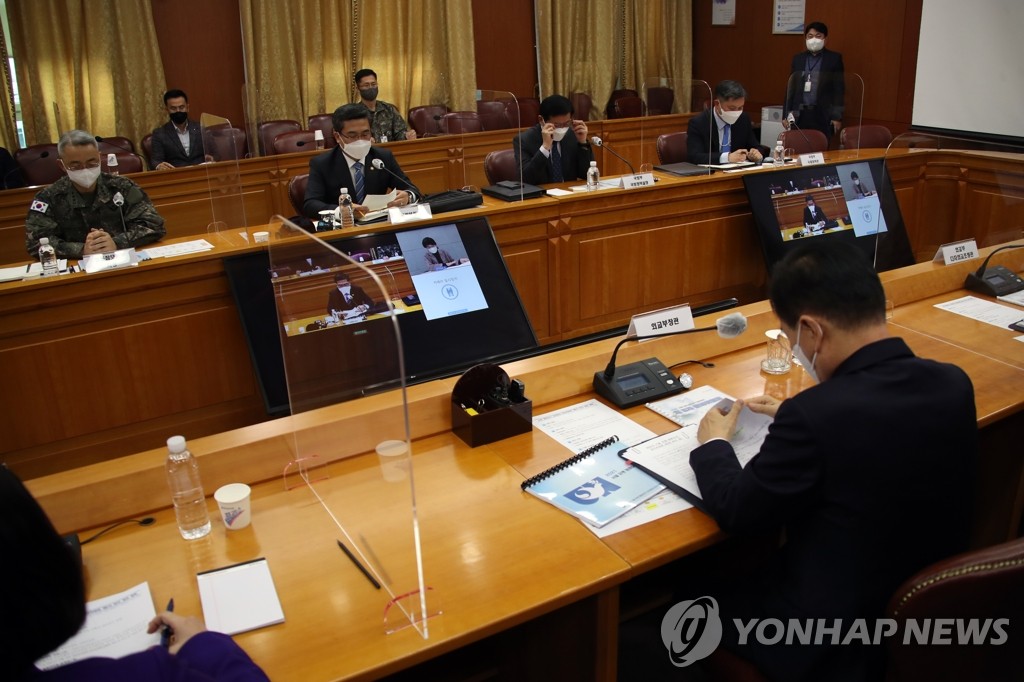 South Korea is currently considering providing about 10 choppers that are to be decommissioned after decades of service, an informed source told Yonhap News Agency on condition of anonymity.

In addition, the minister expressed hope that the ministerial meeting will set the stage to show Seoul's commitment to promoting peace on the Korean Peninsula and the global community.

Mindful of the potential spread of COVID-19, officials said that the country is preparing "rigorous" COVID-19 measures.

"Government agencies should closely cooperate to make sure thorough COVID-19 measures are in place in every aspect to successfully host the ministerial meeting, which will be held as a full-fledged in-person event," Foreign Minister Chung Eui-yong said during the meeting that he jointly presided over with Suh.

South Korea joined the U.N. in 1991, and deployed its first peacekeeping unit to Somalia in 1993. At present, a total of 569 troops are working as part of PKO missions in five nations, including South Sudan and Lebanon.