SEOUL, Nov. 23 (Yonhap) -- After BTS won the artist of the year, considered the top honor, at the American Music Awards (AMAs), beating out big names like Ariana Grande, Drake, Olivia Rodrigo, Taylor Swift and The Weeknd, all eyes are now on the South Korean group's next challenge -- the Grammy Awards.

Will a gramophone-shaped trophy be an added jewel for the K-pop megastar who has bagged two of the three largest music awards in the United States this year?

BTS won artist of the year, favorite pop duo or group and favorite pop song (for "Butter") at the AMAs on Sunday (U.S. time) and swept four awards at the Billboard Music Awards in May -- top selling song (for "Dynamite"), top social artist and top song sales artist.

The U.S. Recording Academy is scheduled to reveal nominations for the 64th Annual Grammy Awards on Tuesday (U.S. time).

Nominees will be determined by eligible voting members of the Recording Academy who are music industry experts and professionals, such as singers, producers, sound engineers and critics. The members finished their first-round voting on Nov. 5 with the final-round voting starting Dec. 6 and closing Jan. 5. The awards ceremony is set for Jan. 31 in Los Angeles. 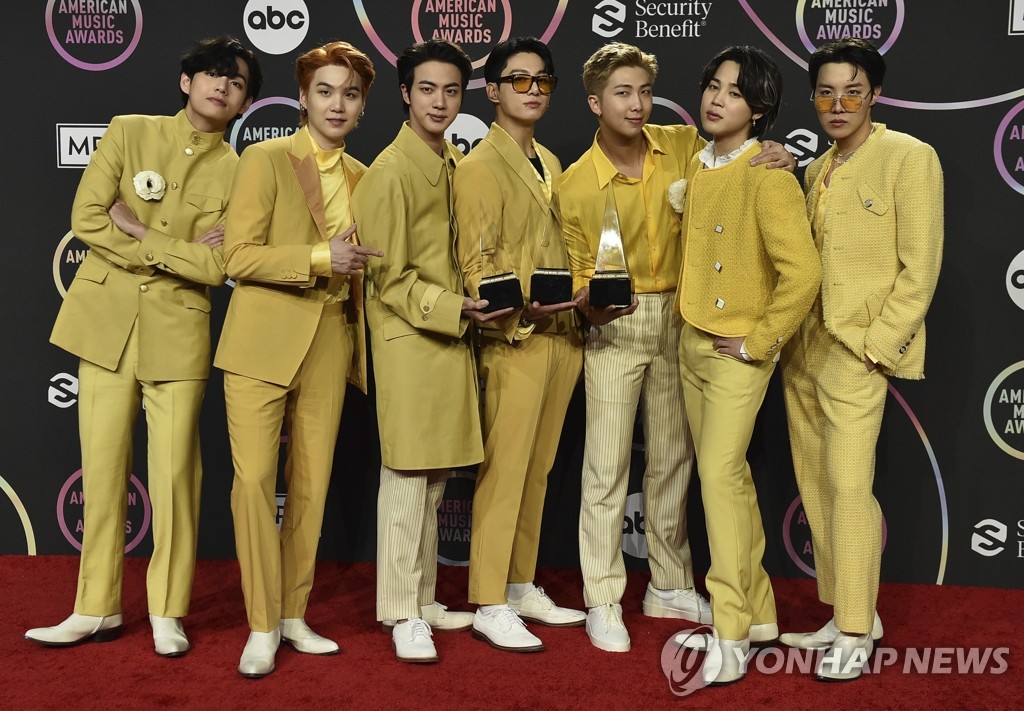 The septet made history when it earned its first-ever Grammy nomination last year, becoming the first K-pop act to be nominated for the best pop duo or group performance award, considered the most prestigious honor in the music industry. While they did not win, many in the music industry predict BTS stands an even better chance this year at not just being nominated for more than one award but potentially taking home trophies, considering its record-shattering run alone.

"Butter," its single released in May, stayed for 10 non-consecutive weeks atop the Billboard Hot 100. Only 40 songs have managed the feat in Billboard's history. The band then landed two other chart-toppers, "Permission to Dance" and "My Universe," a collaborative single with British rock band Coldplay.

U.S. entertainment news outlet Variety said last month that BTS stands a good chance of reappearing in the best pop duo or group performance category with "Butter" while getting nods in one of the big four categories -- record of the year, song of the year, album of the year and best new artist.

"While that still feels like something of a long shot, BTS might have more luck in the record of the year and song of the year categories. 'Butter' and 'Permission to Dance' have the pedigree, polish and popularity to be competitive," Variety writer Mike Wass said in an article titled "Will 2022 be BTS' and K-pop's year at the Grammys?" and dated Oct. 22.

"It certainly would feel like a long-overdue acknowledgement from the industry if 'Be' earned a nomination for album of the year," he added, referring to the group's hugely popular ninth studio album. 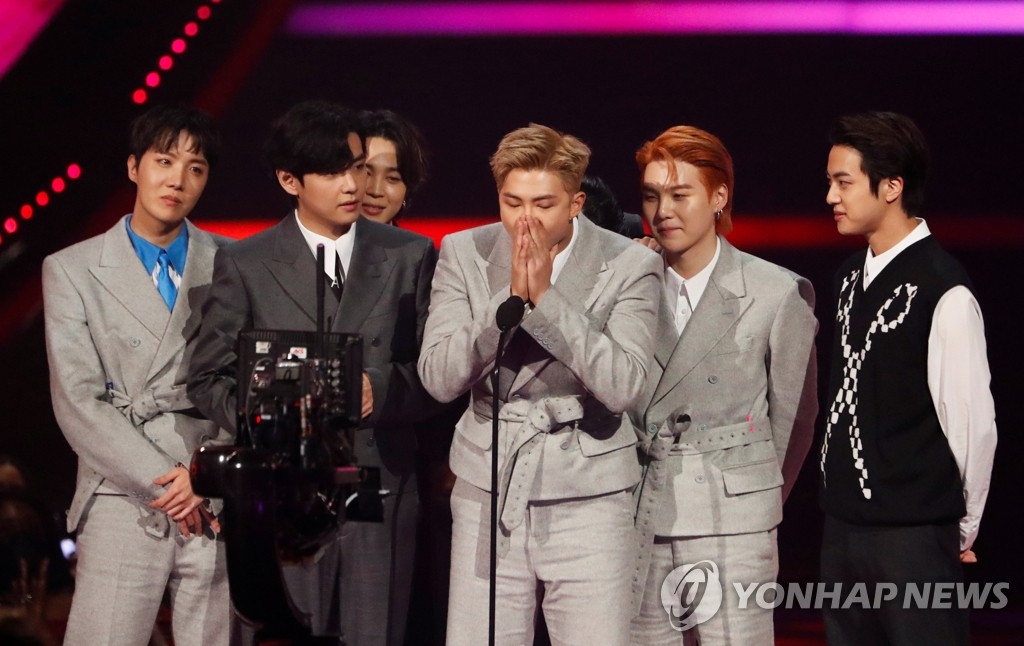 Forbes and Billboard also predicted in recent articles that "Butter" may be in contention with other big names like Justin Bieber, Olivia Rodrigo and Lil Nas X for the record of the year.

"Since the group received the top honor at the AMAs, there are greater chances for the group to get nods and win in the main categories," he said. "It could be nominated in about three categories and pick up at least one trophy."

But the Grammys results remain largely unpredictable given the Recording Academy's traditional lack of racial diversity.

With most of its nearly 12,000 members are thought to be white men, the academy has been under criticism for neglecting music from racially non-mainstream artists.

After big night at AMAs, will BTS earn Grammy nomination for 2nd year?

After big night at AMAs, will BTS earn Grammy nomination for 2nd year?