Defense Minister Suh Wook made the remarks during an annual ceremony marking the 11th anniversary of the attack on Yeonpyeong Island near the western inter-Korean sea border, which killed two Marines and two civilians.

"I think that based on their noble sacrifices, we can safeguard peace and make new peace down the road," Suh said during the ceremony at the national cemetery in Daejeon, 160 kilometers south of Seoul.

"Inheriting the combat heroes' will to protect our territory, our military will play a leading role in fostering peace," he added. 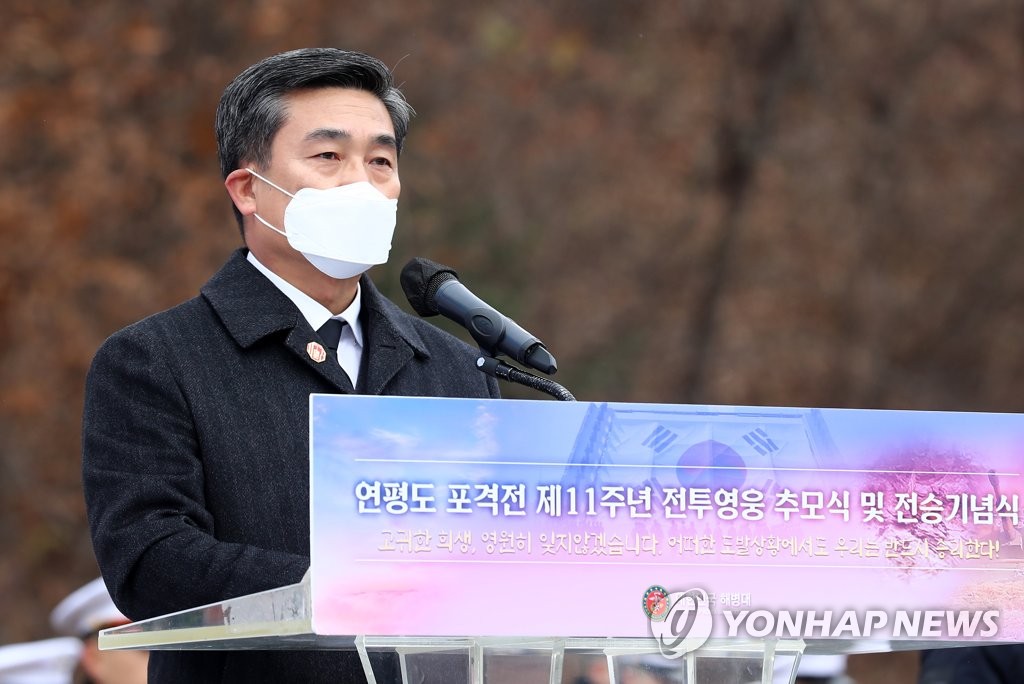 The exchange of artillery fire came on Nov. 23, 2010, after the North shelled the frontline island. It marked the North's first attack on a civilian area in the South since the 1950-53 Korean War.

Tuesday's event was the first since the defense ministry changed its official characterization of the North's 2010 attack from the artillery "provocation" to the exchange of artillery fire in March.

The change came amid a sense that the initial expression paid little attention to South Korean troops' role in fighting back.