Netflix has been under fire in South Korea for refusing to pay for the use of the network despite huge traffic overload caused by its streaming service.

"Netflix stream is not that much, on average in Korea it's 3.6 mbps at peak time, which is less than 2 percent of what users pay for ... Netflix is not somehow filling up the network," he said in a Zoom seminar that was streamed via YouTube.

"Squid Game" helped push up Netflix's monthly active users in South Korea to a record high of 9.48 million in September, since Netflix launched its streaming service in South Korea in 2016, according to Nielsen KoreanClick.

Volmer said that it is a "global rule" for internet service providers to pay for access to the global internet as seen in other countries, such as Japan and Singapore.

"So by charging a toll at home and mandating this toll at home, what is happening is that the law or regulation might actually deter investment and discourage content providers from investing in Korea," he said.

Last week, a local lawmaker proposed a bill that would prevent Netflix and overseas content providers from getting a free ride on the South Korean networks. 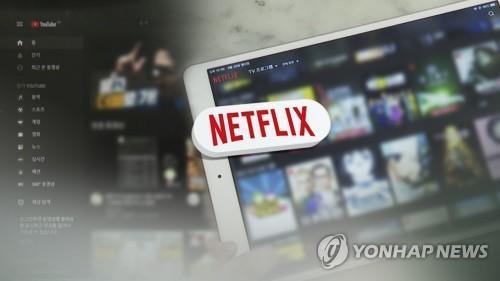 Netflix official says its network usage does not clog bandwidth in S. Korea

Netflix official says its network usage does not clog bandwidth in S. Korea