Deputy Industry Minister Jeong Dae-jin made the call during a meeting with his Russian counterpart, Vasiliy Shpak, in Seoul, as South Korea is grappling with its supply shortage after China imposed export curbs on urea in October to ease its own domestic supply bottlenecks.

In the meeting with Shpak, Jeong "explained the difficulties South Korea has been facing in the domestic supply of urea and urea solution, and asked for the Russian government's attention and cooperation as a key producer and exporter of urea," the ministry said in a release.

Seoul has been trying to secure urea or urea solution from other countries through imports, such as Vietnam, Mexico and elsewhere, and making efforts to diversify the import sources.

It has negotiated with Beijing to have some 18,700 tons of urea delivered under already-signed contracts with Chinese exporters, and the first shipment arrived early Tuesday.

In an interagency meeting on the urea supply shortage, the government reassured the domestic supply of urea solution has been on a stable level, citing the amount of the material being stored and sold at key gas stations is recovering.

Aside from the urea issue, the deputy ministers also discussed expanding economic cooperation between the two countries, in areas including consumer electronics and semiconductors, the ministry said. 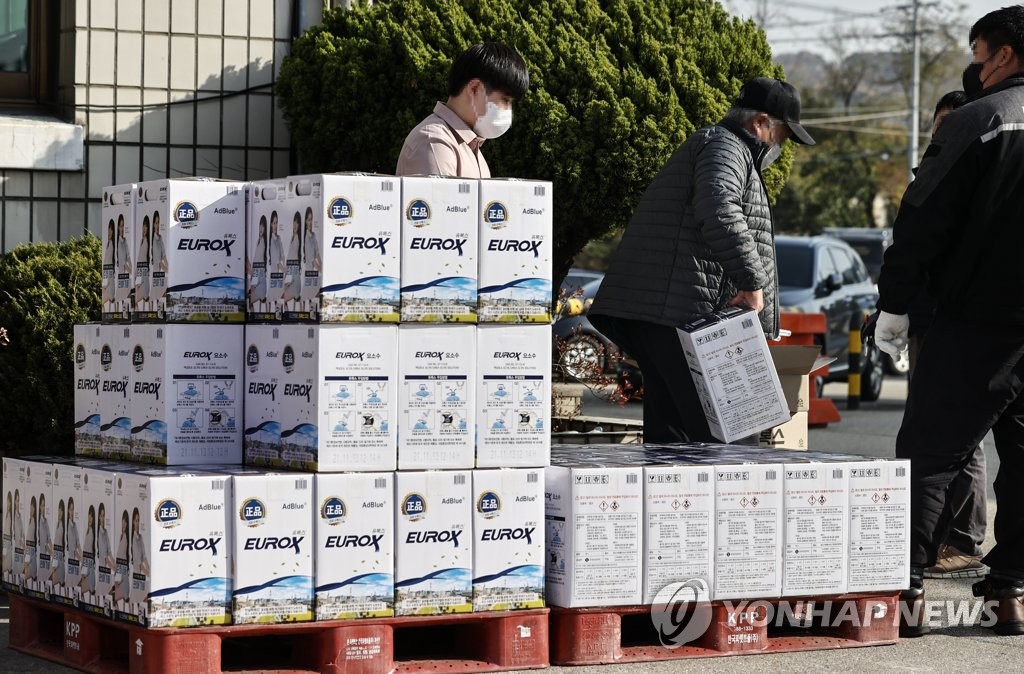