SEOUL, Nov. 23 (Yonhap) -- The South Korean government said Tuesday it will join the U.S.-led plan to release strategic crude reserves along with other major oil-consuming nations to help bring down soaring energy prices.

"The government decided to accept the U.S. request to release crude stockpiles, considering the need for international coordination on global oil prices, importance of the S. Korea-U.S. alliance and participation of major economies," the ministries of energy and foreign affairs said in a joint statement.

Details of the amount and timing will be decided after consultations with the United States and other nations, the ministries noted.

The move came after the members of the Organization of the Petroleum Exporting Countries (OPEC) and Russia turned down Washington's calls to ramp up their production although the economic recovery from the COVID-19 pandemic boosted energy demand. 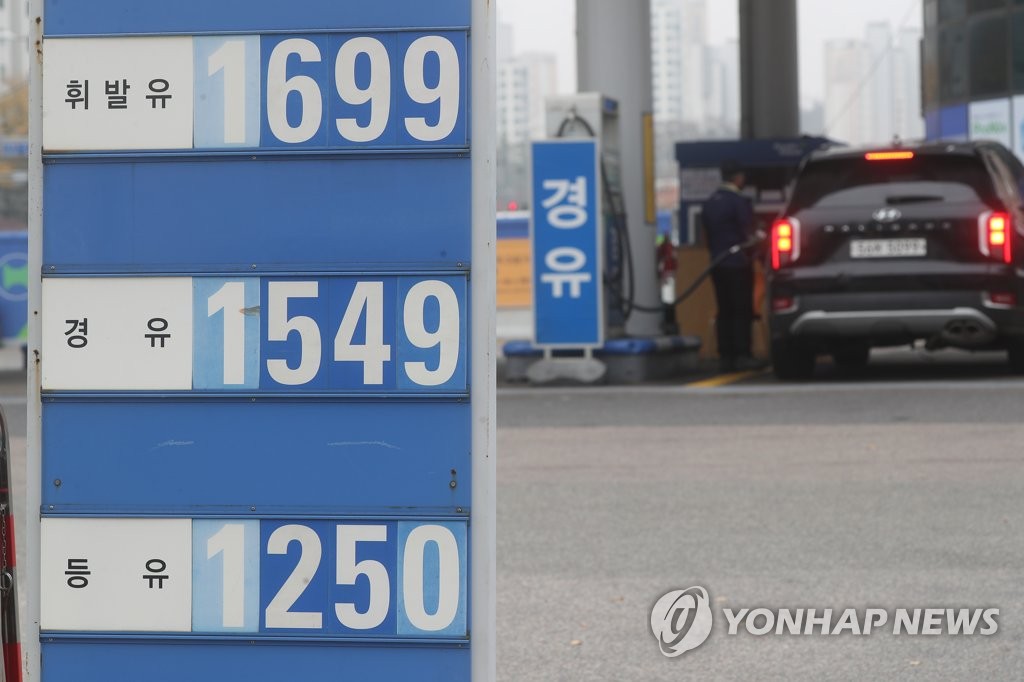 The amount is expected to be similar to the level the nation previously released at the request of the International Energy Agency (IEA) when Libya's oil production was disrupted by civil unrest in 2011, officials said.

South Korea released 3.47 million tons of barrels, or about 4 percent of the total reserves, at the time.

Prices of Dubai crude, South Korea's benchmark, jumped over 50 percent this year to $78.4 per barrel as of Tuesday.

South Korea had some 97 million barrels of oil reserves as of August, an amount enough to last 106 days without crude import, according to the state-run Korea National Oil Corp.