SEOUL, Nov. 24 (Yonhap) -- Be it the new nuclear submarine pact with Australia or the Quad security forum, the United States' push for expanding regional security groupings of "like-minded" countries amid a deepening Sino-U.S. rivalry is posing a tricky policy challenge to South Korea, especially months ahead of the launch of a new administration, analysts said Wednesday.

The Joe Biden administration has been striving to rally its allies and partners to weave, revitalize or flesh out trilateral or broader multilateral security networks in the face of an increasingly assertive China.

The move comes as the presidential nominees of South Korea's major parties are formulating their policy platforms for the March 9 poll to navigate the convoluted geopolitics in the midst of the great-power rivalry on security, trade, technology and other fronts.

With the Sino-America ties increasingly colored by competition rather than cooperation, analysts called attention to the stark reality of world politics: Pressure will build on Seoul to join Washington-led security initiatives at the expense of its ties with China.

Among the initiatives could be the AUKUS deal that the U.S., Britain and Australia announced in September to equip Australia with conventionally armed yet nuclear-powered submarines.

The U.S.' first such nuclear submarine pact since the last one with Britain 63 years ago marked a culmination of its drive to build what analysts call "minilateral" platforms with its allies.

Last week, White House Indo-Pacific Coordinator Kurt Campbell, an architect of the Obama administration's "Pivot to Asia" strategy, cast AUKUS as an "open architecture" in a sign of the U.S.' desire to bring in more partners like South Korea to join the nascent security platform.

"This part of the arrangement is meant to be an open architecture, and we expect that other countries both in Asia and Europe will participate with us, perhaps not immediately but over time," he said in a discussion hosted by the U.S. Institute of Peace. 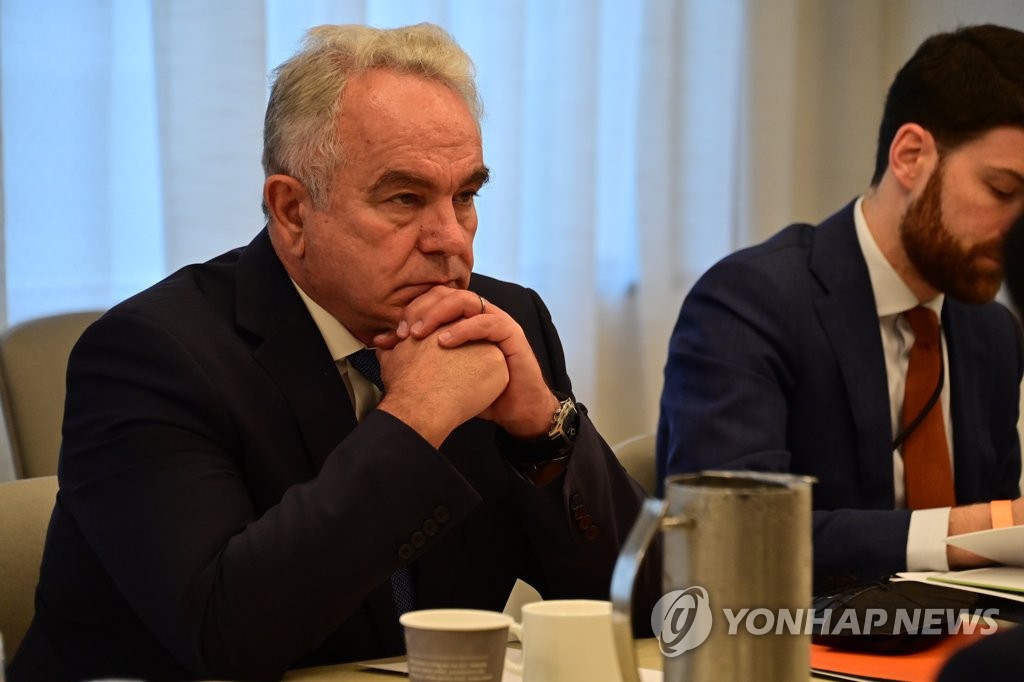 China has lambasted AUKUS as a formation of a maritime "clique" and warned that it would only exacerbate an arms race in Northeast Asia and undermine global efforts against nuclear proliferation.

China's swipe at the AUKUS pact reinforced concerns that Seoul's entry into such an arrangement could risk friction with Beijing, its crucial partner for trade, tourism and, not least, efforts for enduring peace on the Korean Peninsula.

A debate has already been ongoing in Seoul and Washington about the idea of South Korea joining an expanded version of the "Five Eyes" intelligence alliance or the Quad, which is formally named the Quadrilateral Security Dialogue.

In a joint statement after the May summit between Presidents Moon Jae-in and Biden, the allies acknowledged the "importance of open, transparent, and inclusive regional multilateralism, including the Quad."

"As the U.S. already has well-established bilateral alliances with South Korea and Japan, it may want to weave a multilayered web of trilateral -- or minilateral -- security networks," Nam Chang-hee, professor of international politics at Inha University, said.

Both Lee Jae-myung and Yoon Seok-youl, the presidential nominees of the ruling Democratic Party and main opposition People Power Party, respectively, appear rather cautious, for now, about Seoul's full-fledged participation into U.S.-led security groupings, apparently with their top policy priority placed on sensitive domestic issues during the election campaign season.

Announcing his foreign policy stance in August, Lee stressed, "There is no need to limit our wiggle room by choosing either the U.S. or China."

In a meeting with the foreign press earlier this month, Yoon said South Korea does not need nuclear-powered submarines anytime soon in an apparent allusion to the AUKUS deal.

Yoon also noted the need for South Korea to participate in Quad working groups and cooperate with the Five Eyes alliance but stopped short of supporting Seoul's full entry into those groupings.

Washington has apparently pushed for minilateral platforms as unlike large groupings, they would make it easier for members to reach consensus swiftly and maneuver more nimbly given a higher level of cohesion expected from such small groupings, professor Nam noted.

In his article published in the U.S. Foreign Affairs magazine in January, Campbell, a key driver of Biden's Asia policy, already signaled his desire for minilateralism.

"Rather than form a grand coalition focused on every issue, the United States should pursue bespoke or ad hoc bodies focused on individual problems," he wrote. "These coalitions will be most urgent for questions of trade, technology, supply chains and standards," he added.

Whatever regional security architectures the U.S. would conceive, it might envision South Korea and Japan -- its two long-standing treaty allies -- as key players, observers said.

"In light of the potential expansion of AUKUS, the U.S. cannot help but think of South Korea and Japan, the core U.S. allies that are well-positioned to keep China in check given their geographical locations, economic and military capabilities," Park Won-gon, a professor of North Korean studies at Ewha Womans University, said.

But complicating the U.S.' efforts to get the two allies on board will be persistent historical and territorial rows between the Asian allies stemming from Japan's 1910-45 colonization of the Korean Peninsula.

The security front aside, the U.S. has also been trying to forge a coalition of like-minded nations for economic cooperation. 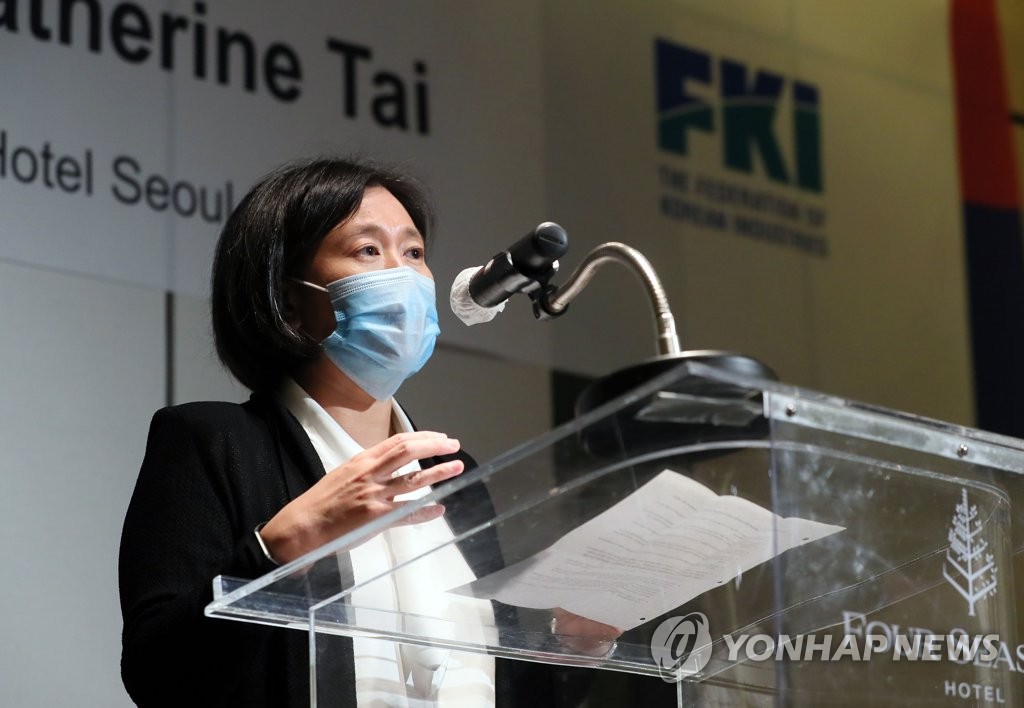 The framework still remains sketchy, but some observers assumed this might develop into a broader campaign to reorganize global supply chains away from China and create yet another U.S.-led partnership -- a move reminiscent of the former Donald Trump administration's drive for a similar initiative, called the Economic Prosperity Network.

After all, it boils down to the question of whether South Korea will demonstrate "strategic clarity" between the two major powers or stick to a stance of "strategic ambiguity," analysts said.