The country reported 4,116 new COVID-19 cases, including 4,088 local infections, raising the total caseload to 425,065, according to the Korea Disease Control and Prevention Agency (KDCA).

The number of critically ill patients hit an all-time high of 586. The country added 35 more deaths from COVID-19, the highest number since the start of the fourth wave of the pandemic in July, bringing the death toll to 3,363, with the fatality rate standing at 0.79 percent. 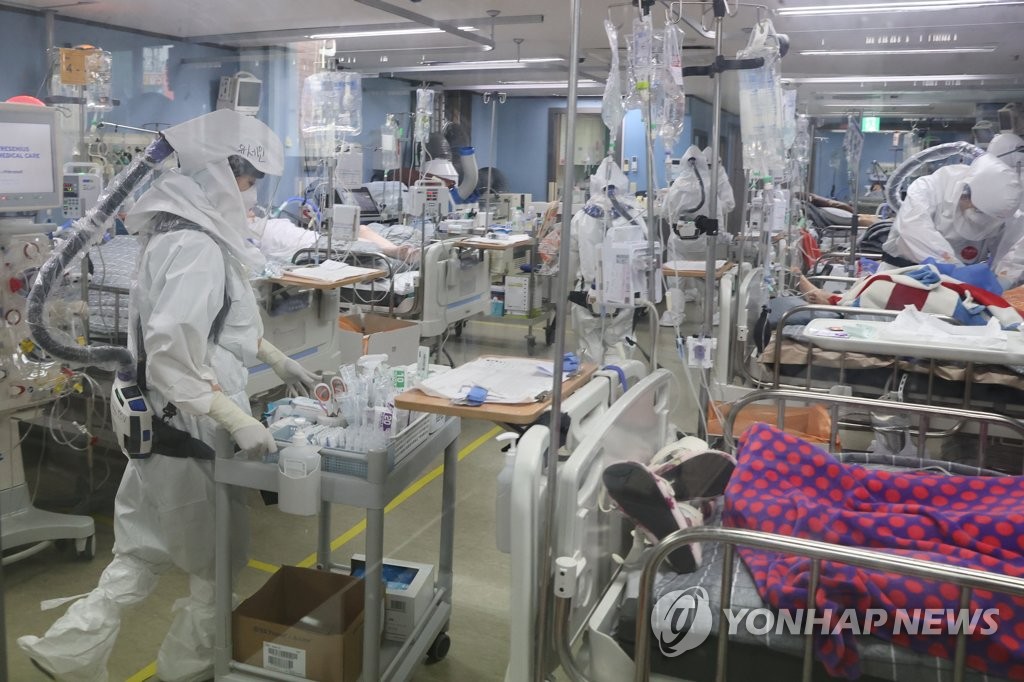