Trade Minister Yeo Han-koo made the request during a "networking day" event for official development assistance (ODA), which brought together ambassadors and charge d'affaires from 27 developing countries in Asia, South America, the Middle East and Africa, according to the Ministry of Trade, Industry and Energy.

"During the meeting, Yeo explained Seoul's ongoing efforts to resolve the delay of urea imports and to find alternative supply channels, and asked Indonesia and other countries for cooperation," the ministry said.

A whopping 97.6 percent of Seoul's urea imports came from China in the first nine months of this year, according to government data.

Indonesia is the only urea-producing country among the 27 participating nations, but South Korea held the event that was streamed via YouTube to garner support for a greater number of countries, a ministry official said.

Major countries with which the Seoul government has sought cooperation in terms of the urea supply include Vietnam, Saudi Arabia, Malaysia, Russia, Qatar and Mongolia.

South Korea recently said it can secure a total of a five-month stockpile of urea solution for diesel cars through more imports.

About 16,000 tons of urea will be imported from China and other countries by early next month, an amount sufficient to produce urea solution for some 80 days of use.

The government expected the supply of urea solution to be stable until the midpoint of next year, given planned imports of urea and potential shipments under talks for imports.

During the meeting, the minister also vowed to boost cooperation and assistance with the countries in a mutually beneficial way with a focus on the digital sector and responses to climate change, the ministry noted.

This year, South Korea earmarked 950.5 billion won for various ODA projects, and it sought a 17.3 percent hike in the budget for next year to help developing countries overcome the COVID-19 pandemic and to deepen exchanges with Asian, Latin American, Middle Eastern and African nations, according to the foreign ministry. 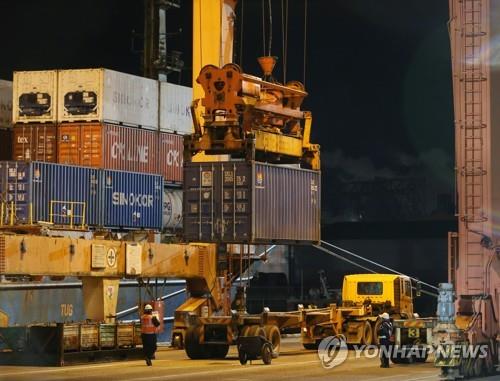