SEOUL, Nov. 24 (Yonhap) -- Prosecutors questioned a former chief secretary to Lee Jae-myung, the presidential candidate of the ruling Democratic Party, on Wednesday in connection with a far-reaching corruption scandal surrounding a development project undertaken in the city of Seongnam when Lee was mayor.

The Seoul Central District Prosecutors Office summoned Lim Seong-min, who served as Lee's chief of staff while he was serving as Seongnam mayor, for questioning as a witness earlier in the day, according to officials.

Prosecutors are currently looking into suspicions surrounding the 2015 project to develop swathes of land in the Daejang-dong district of Seongnam into apartment complexes.

The probe has been zeroing in on how the previously unheard-of asset management company Hwacheon Daeyu and its seven affiliates were chosen as private partners for the lucrative city project and reaped astronomical profits.

Prosecutors previously indicted the firm's owner Kim Man-bae and other partners on breach of trust and bribery charges.

The latest summons of Lee's aide is being closely watched for its potential to turn the focus of the investigation toward Lee, who served as the mayor of the city when the project was launched.

Lim served Lee for two years beginning in mid-2014 and is deemed to have been one of Lee's close aides during his mayoral stint.

The focus of Wednesday's questioning was reportedly on the city's decision making process for the development project. 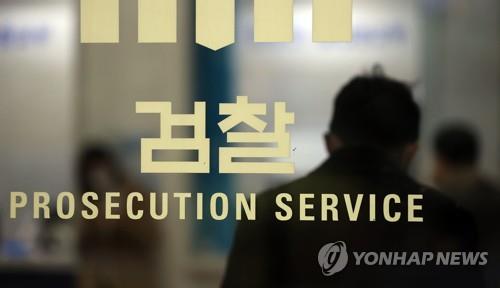