SEOUL, Nov. 25 (Yonhap) -- Mercedes-Benz Korea said Thursday it will add an all-electric sedan this year to its EV lineup amid a growing appetite for zero-emission vehicles.

The German carmaker introduced the new EQS, the first pure electric sedan built on its dedicated electric modular architecture, during the media day of the 2021 Seoul Motor Show. 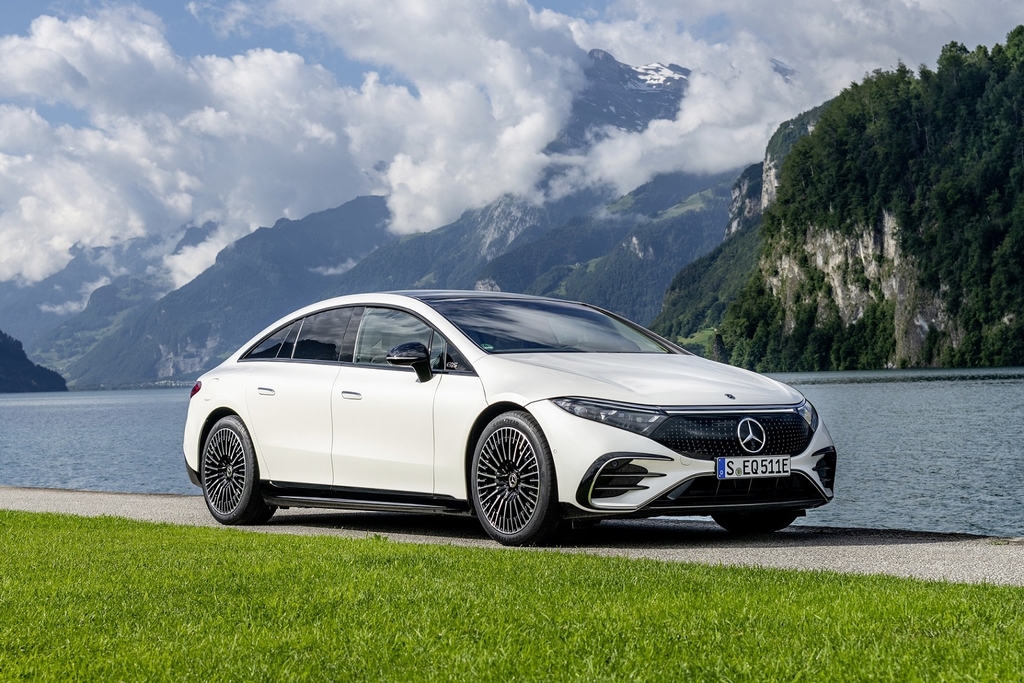 The new EQS comes with a modular design developed in-house for EVs, as well as the next-generation artificial intelligence infotainment system MBUX Hyperscreen, the company said in a statement.

Making its debut with the new EQS, the MBUX Hyperscreen is the first-of-its-kind dashboard panel. The entire instrument panel is one ultimate widescreen, which determines the aesthetics of the entire cockpit and interior, it said.

The model equipped with a 107.8 kWh battery can travel up to 478 kilometers on a single charge and charge itself from 10 to 80 percent in 30 minutes, it said.

In 2019, Mercedes-Benz launched the midsized EQC 400 4MATIC SUV, the first all-electric model for Korean customers, and this year, it placed the EQA compact SUV in the Korean market.

From January to October, Mercedes-Benz Korea sold 65,855 vehicles, up 9.5 percent from 60,147 units in the year-ago period, according to the Korea Automobile Importers and Distributors Association (KAIDA).

German carmakers have fared better than their Japanese, U.S. and other multinational rivals in Asia's fourth-biggest economy during the extended COVID-19 pandemic.

In the first 10 months, three German brands -- BMW, Audi-Volkswagen Korea and Mercedes-Benz Korea -- sold a combined 161,937 autos, up 11 percent from 145,507 units a year ago. Seven out of 10 imported vehicles sold in Korea during the 10 months were from Germany.

Import brands accounted for 20.65 percent of the Korean passenger vehicle market in September, up from 15.7 percent a year ago. Their market share for October will be available next month.