Rep. Youn Kwan-suk, the party's secretary-general, said the decision involved himself and four other lawmakers in political posts who wished to "put the party before self."

"We will go back to where we started and take the lead in radically transforming the party from a spirit of unity and do our best individually to win the presidential election," he said, adding that they plan to tender their resignation to DP Chairman Song Young-gil.

The mass resignation comes amid a growing sense of urgency within the party as Lee's support ratings have lagged behind those of main opposition People Power Party candidate Yoon Seok-youl.

Youn admitted that the ratings were a factor in their resignation, which comes three days after the party's lawmakers unanimously agreed to give Lee full authority to reform the DP election campaign committee. 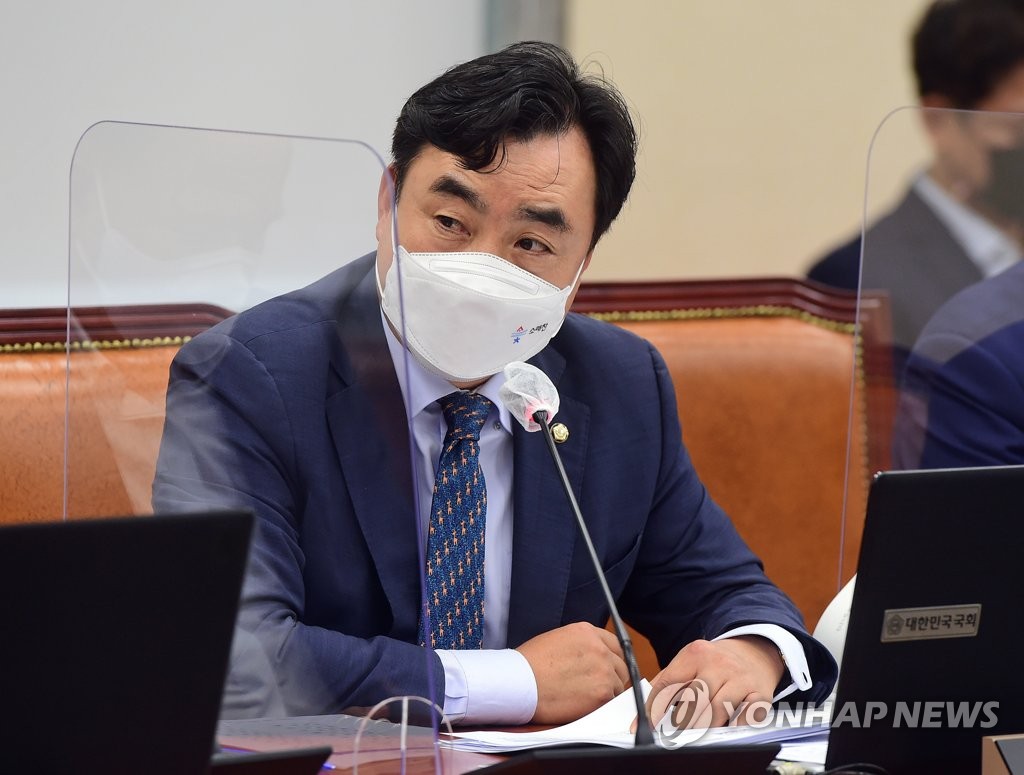