SEOUL, Nov. 24 (Yonhap) -- President Moon Jae-in said Wednesday that South Korea will expand its use of renewable energy as the nation vows to go carbon neutral by 2050.

Moon made the remarks as he visited a floating solar power-generating facility inside Hapcheon Dam in Hapcheon, about 350 kilometers south of Seoul.

"Carbon neutrality becomes an international norm that no one can resist," Moon said, adding that solar-power generation on water is one of the promising future energy resources. 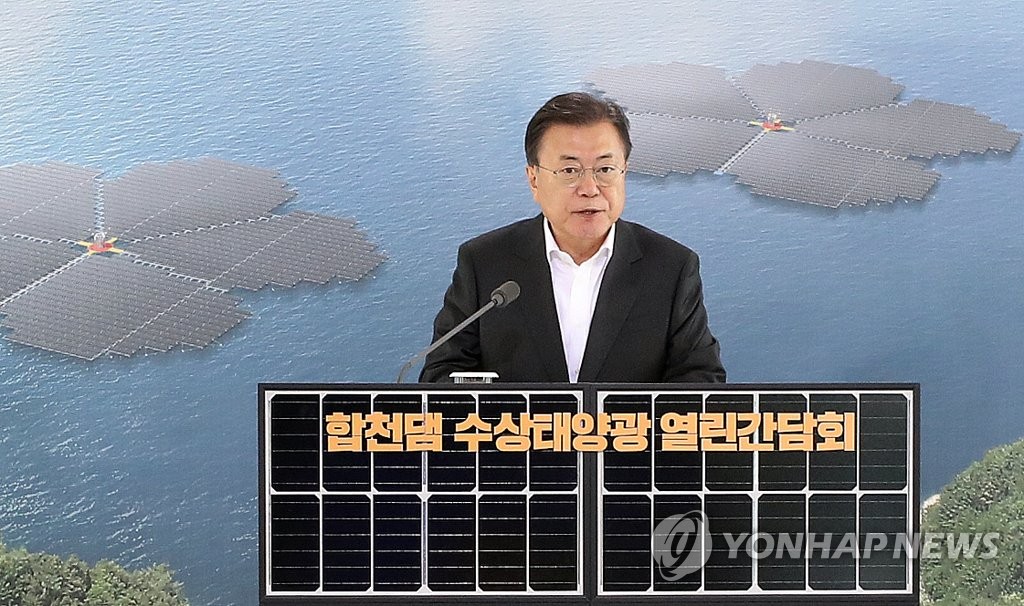 Last month, South Korea finalized a decision to reduce its greenhouse gas emissions by 40 percent from 2018 levels by 2030. The nation also confirmed its goal of achieving carbon neutrality by 2050, as the nation started tackling the challenge of simultaneously responding to climate change and attaining sustainable growth.

The 41-megawatt solar power facility in Hapcheon, which began its commercial operation earlier in the day, generates enough power to provide energy for about 60,000 people per year.

South Korea has pledged to scale up its solar and wind energy production facilities by more than twofold by 2025.

Under the plan, South Korea plans to increase the country's combined capacity of solar and wind energy production facilities, which reached 17.6 gigawatts in 2020, to 42.7 gigawatts by 2025.