SEOUL, Nov. 24 (Yonhap) -- South Korea plans to increase its stockpile of rare metals and expand the list of such items for strategic reserves, the country's finance minister said Wednesday.

The move aimed at ensuring stable supply of such materials came in the wake of a recent supply shortage of aqueous urea solution, a key additive for diesel vehicles.

The government plans to swiftly boost the stockpile of rare metals to a maximum of 180 days of use from the current 100 days, according to Finance Minister Hong Nam-ki.

South Korea has been designating 35 different kinds of resources as rare metals, differing from common metals, such as steel and copper.

The Public Procurement Service currently holds the stockpile of 23,000 tons of rare metals, sufficient to last for 40 days. The state-run agency also has reserves of 220,000 tons of nonferrous metals, enough to be used for 55 days.

"The government plans to expand the number of items subject to the strategic reserves to ones closely linked to people's lives as most stockpiled items center on metals," Hong said.

The government said it will launch an early warning system to closely monitor 3,000-4,000 raw materials whose supply heavily relies on imports, and pick around 200 key items related to economic security.

"Of them, some 20 materials will be managed with priority. The government will seek to enhance local companies' capability to produce them, increase their strategic reserves and diversify their import channels," Hong said.

The 20 key items include magnesium, tungsten, neodymium and lithium hydroxide.

The move is aimed at preventing the recurrence of an acute shortage similar to the urea solution supply crunch.

South Korea has been grappling with the supply shortage of urea solution, a key fluid needed in diesel cars to cut emissions, since China tightened export procedures of urea for domestic supply last month. 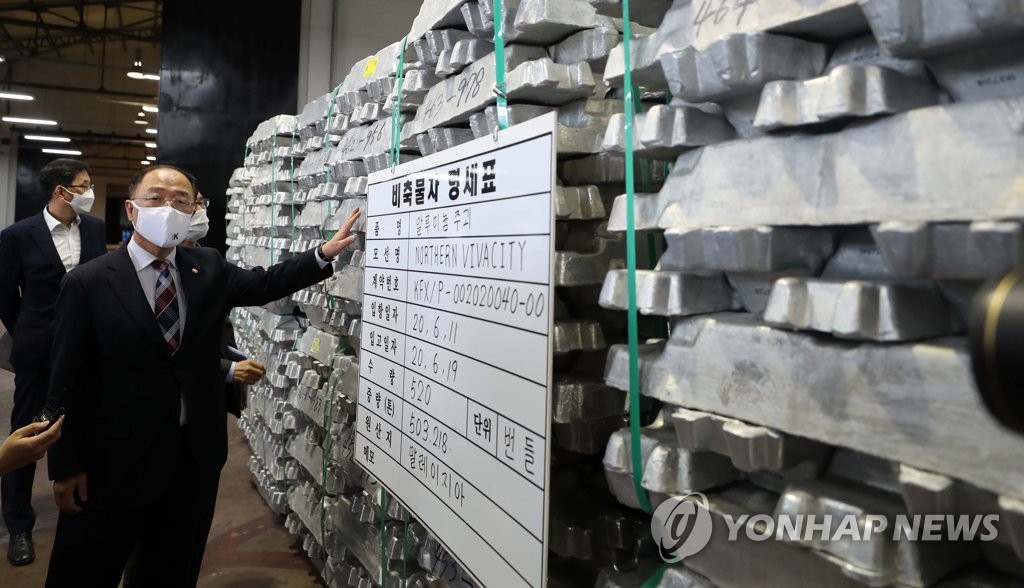