SEOUL, Nov. 24 (Yonhap) -- Kim Chong-in, a former interim leader of the main opposition People Power Party (PPP), remained noncommittal on whether to head the party's presidential campaign Wednesday after a last-minute meeting between Kim and its candidate Yoon Seok-youl failed to narrow their differences over personnel issues.

Yoon announced Sunday that Kim, a veteran politician known as a "kingmaker" for helping major parties win key election victories, will be in charge of his campaign committee for the 2022 presidential election.

But Kim suggested he may not join Yoon's campaign Tuesday, saying he "no longer wishes to talk about political matters" and will "go back to his everyday life." 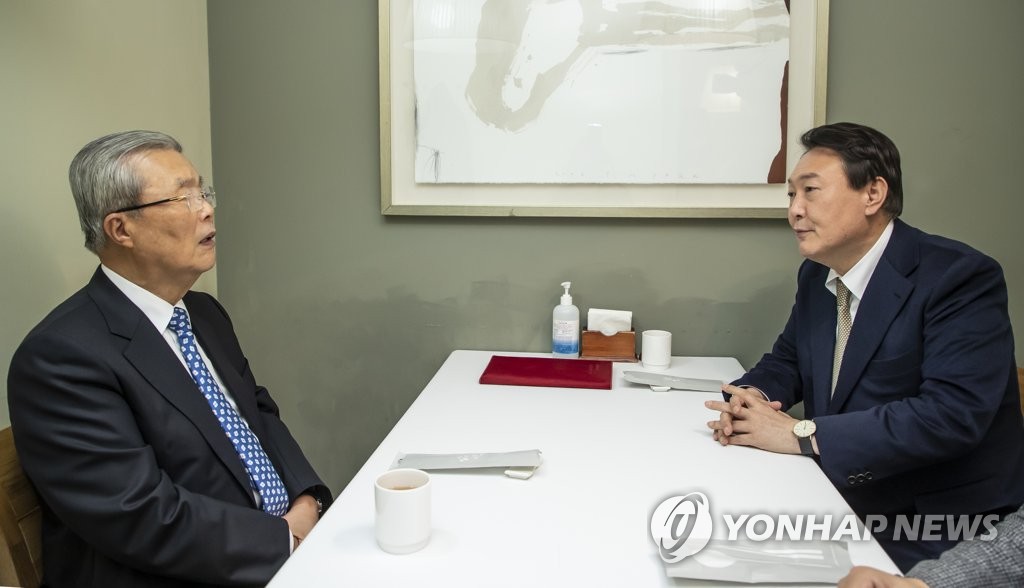 Yoon held a dinner meeting with Kim on Wednesday in an effort to court the prominent political strategist but failed to secure his acceptance.

"I did not give a definite comment on the issue yet," Kim told reporters after the 100-minute meeting, when asked about whether he would agree to head Yoon's campaign.

"I told the candidate why I cannot help but stick to my stance."

Yoon told reporters he had nothing to add to what Kim had said.

"He said he would help anyway but needs more time on the issue of assuming the post of the election committee chief," Yoon said.

Kim left the door open to further discussions. He said that he had been talking about the need to prevent "unnecessary noise" in the campaign team before its launch. 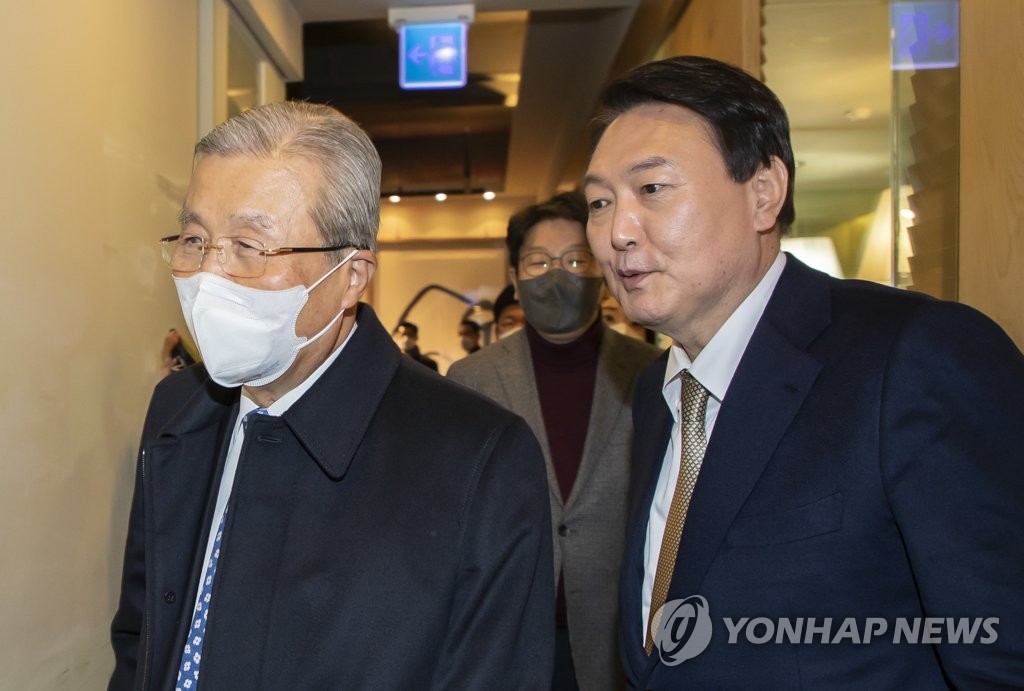