SEOUL, Nov. 25 (Yonhap) -- South Korean short track speed skaters will compete in the last event with Olympic quota places at stake in the Netherlands this week, amid trouble off the ice and continued underperformance on it.

The fourth and final International Skating Union (ISU) World Cup of the season will open in the Dutch city of Dordrecht on Thursday morning (local time), or Friday afternoon in Seoul.

The first two days will feature qualifying races, while medals will be won over Saturday and Sunday.

Based on their performances at the four World Cup competitions, countries can send up to three skaters per individual event and one team per relay at the Beijing Winter Olympics, which will kick off next February. 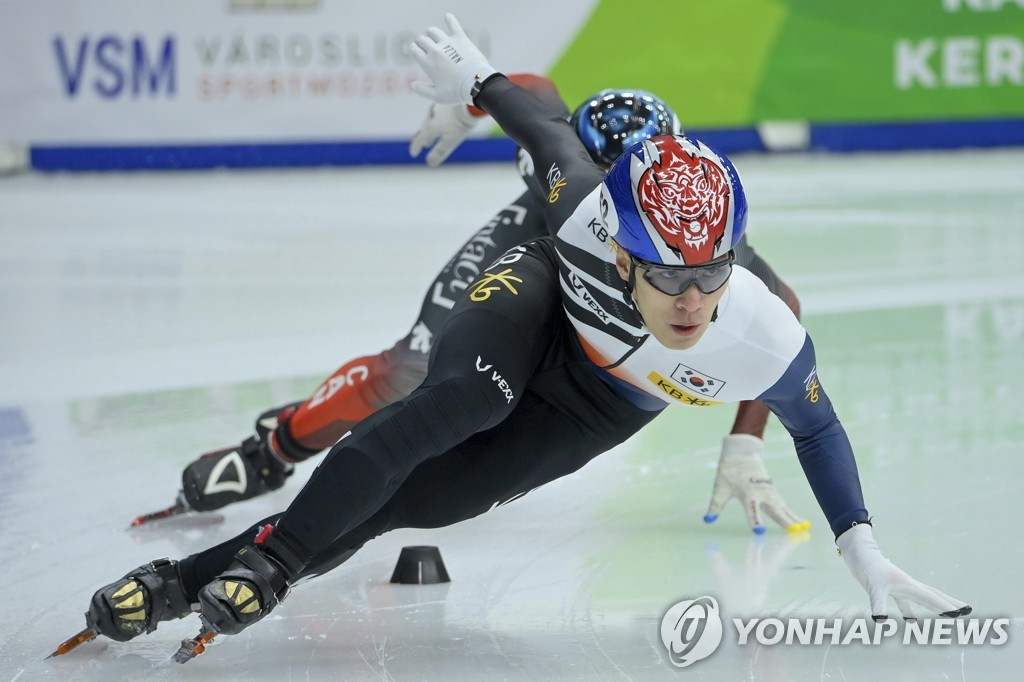 On the men's side, Park Jang-hyuk (seventh) and Hwang Dae-heon (ninth) should be able to secure two quotas in the 1,500m, but Kwak Yoon-gy is in 33rd. 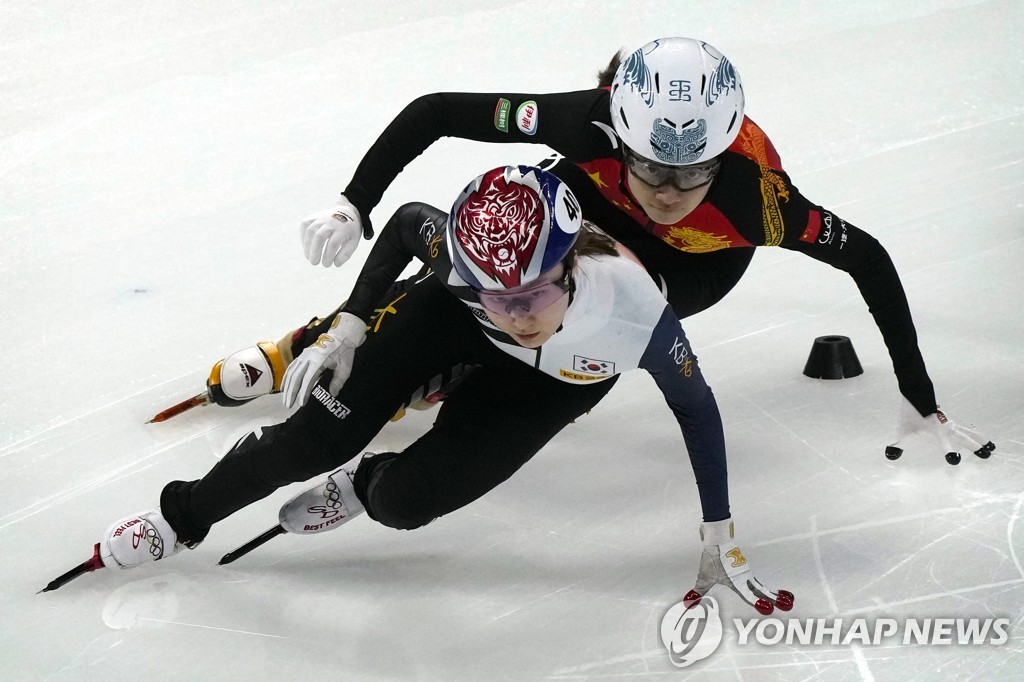 In the 500m, Hwang (third) and Kwak (12th) are in position to bring home two Olympic quotas, but Park is on the outside looking in at 36th.

South Korea is in second place in the women's relay, but seventh in both the men's relay and the mixed team relay.

As the host country at the 2018 PyeongChang Winter Olympics, South Korea secured maximum quota places in every race. Four years earlier in Sochi, Russia, South Korea only missed out on one quota each in the men's 500m and 1,000m.

Once quota places are secured, countries will then determine which skaters will compete in Beijing. South Korea already completed its Olympic trials in May, with the top three from the men's and women's races eligible for all events in Beijing, and the fourth- and fifth-place qualifiers set to skate only in the relays.

But the picture for the women's team is quite murky at the moment, with the top qualifier, two-time Olympic champion Shim Suk-hee, under investigation over race-fixing allegations. She was left off the national team for the World Cup season and it's not yet clear whether she will be reinstated for the Olympics. 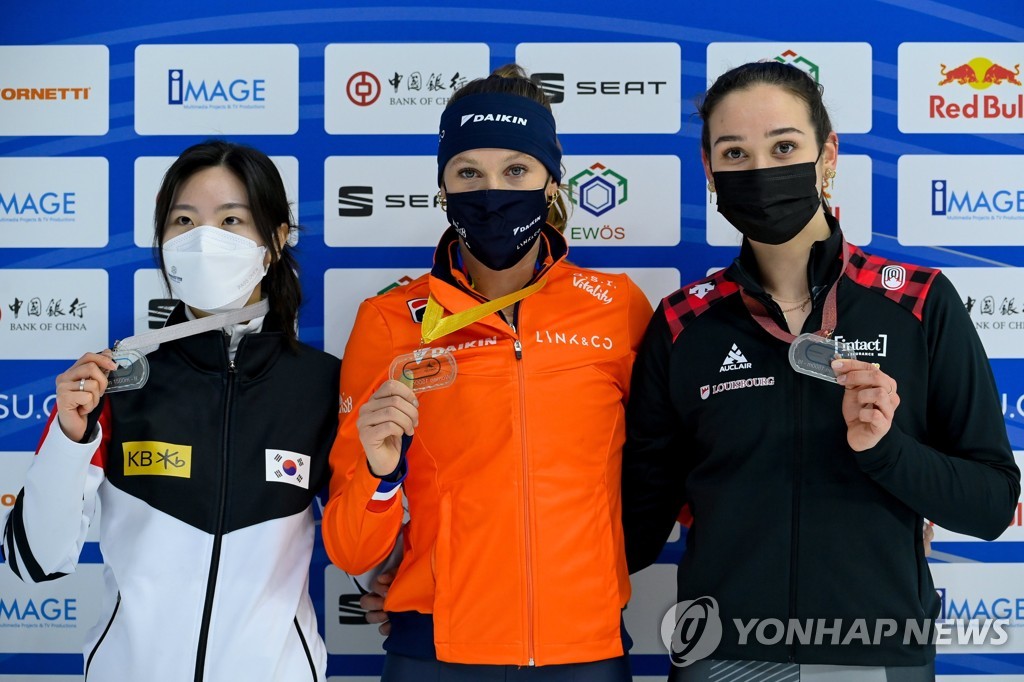 The scandal stems from a series of text messages between Shim and a former national team coach that surfaced in October. Their exchanges raised suspicions that Shim had deliberately tripped up her teammate Choi Min-jeong out of spite during the 1,000m final at the 2018 Winter Olympics. South Korean skating officials are currently investigating the matter.

South Korea has also had its share of on-ice issues. Choi suffered knee and ankle injuries in separate collisions during the first World Cup event in Beijing last month and missed the second leg. Kim Ji-yoo, another female skater, broke her right ankle during the third World Cup last week. She is a question mark for the Olympics.

On the men's side, Hwang has been dealing with persistent back problems, and Lee June-seo suffered an ankle injury last week that will keep him out of this week's competition.

South Korea has grabbed only four gold medals through three World Cups, far below its usual level of production, and has been shut out of gold medals in relays. 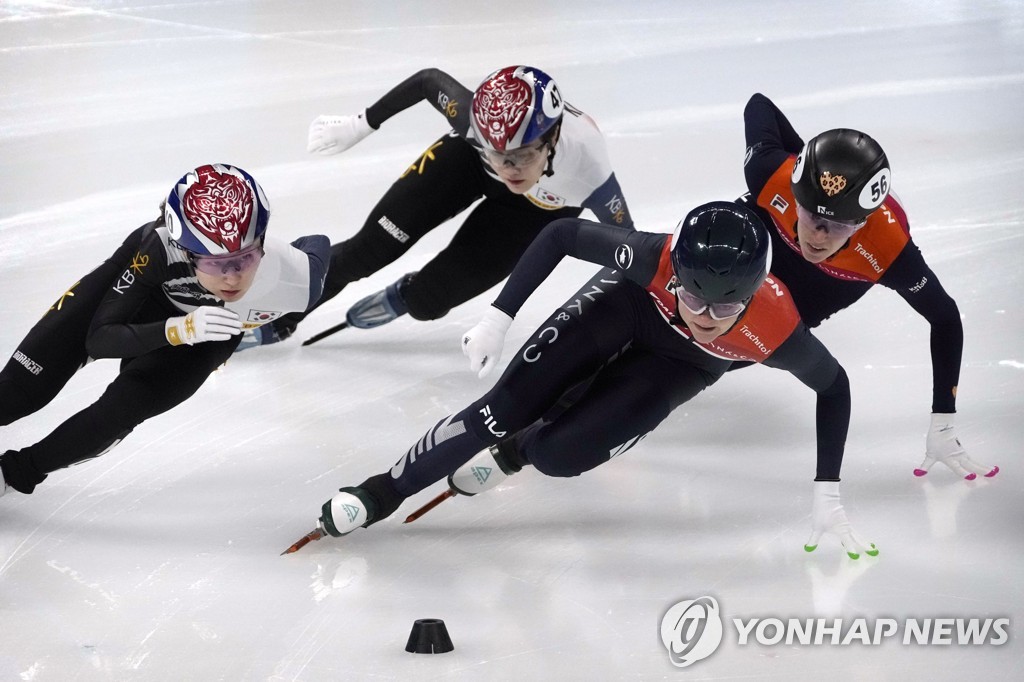 Lee Yu-bin in the women's 1,500m is the only South Korean leader in individual events so far. Leaders in the six men's and women's individual races are all from different countries.

With Choi, a two-time Olympic gold medalist and three-time world overall champion, hobbled by injuries, Suzanne Schulting of the Netherlands has been a major force on the women's side. She won all three individual gold medals and then helped the country to the relay title last week. Schulting is in first place in the 1,000m, second in the 1,500m and third in the 500m. Her Dutch team is tops in the women's relay.

South Korea has been the most successful country in Olympic short track, with 24 gold medals and 48 medals overall since the sport became a medal event in 1992. 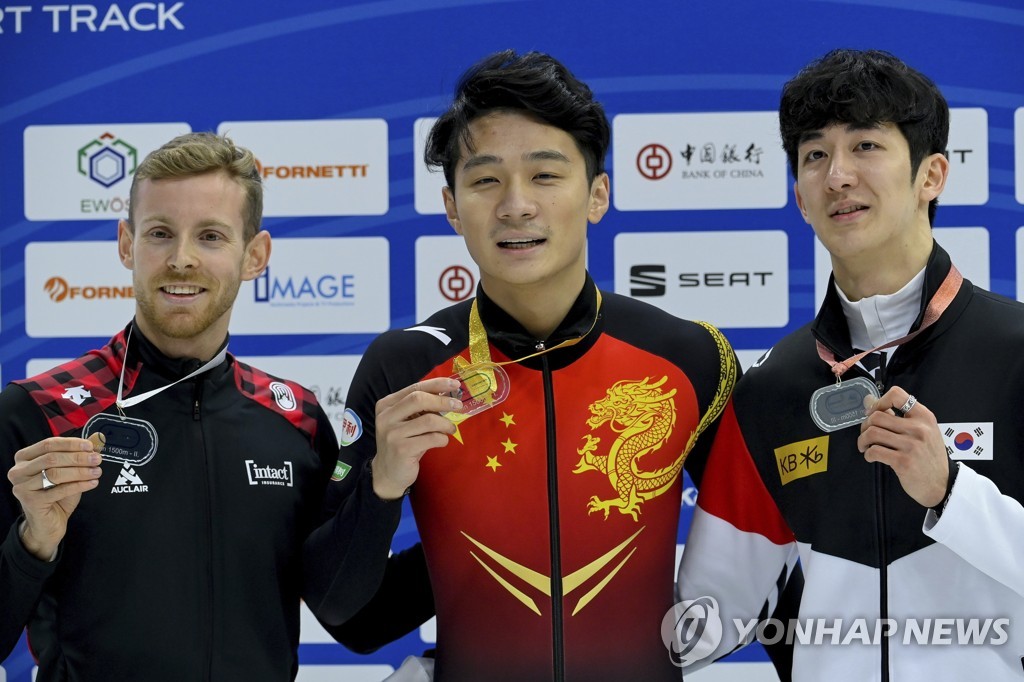