SEOUL, Nov. 25 (Yonhap) -- President Moon Jae-in called Thusday for greater efforts to protect women from violence and abuse as he marked the International Day for the Elimination of Violence Against Women days after a woman was killed by her ex-boyfriend despite being under police protection.

"My heart aches, as there are still women falling victim to violence," Moon said in a Facebook posting marking the U.N.-designated day. "I will keep improving the system ... and do my best to root out violence against women" in all sectors.

Moon's message came a day after police disclosed the identity of a man accused of killing his ex-girlfriend with a knife at her studio apartment in Seoul last week.

The murder sparked public fury, as it was known the victim was under police protection after suffering from several months of dating violence, threats and stalking by the suspect. 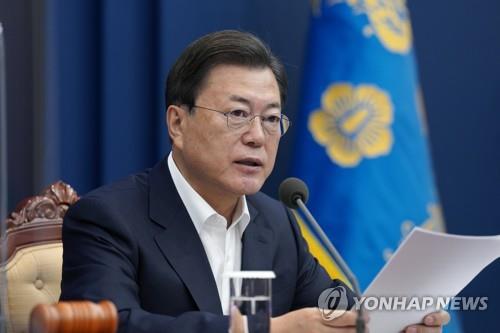