Lee made the remark during a forum on Seoul-Tokyo relations, referring to the Moon Jae-in administration's push to use an end-of-war declaration to revive peace talks with North Korea.

The three-year conflict ended in an armistice, not a peace treaty, leaving the sides technically at war. 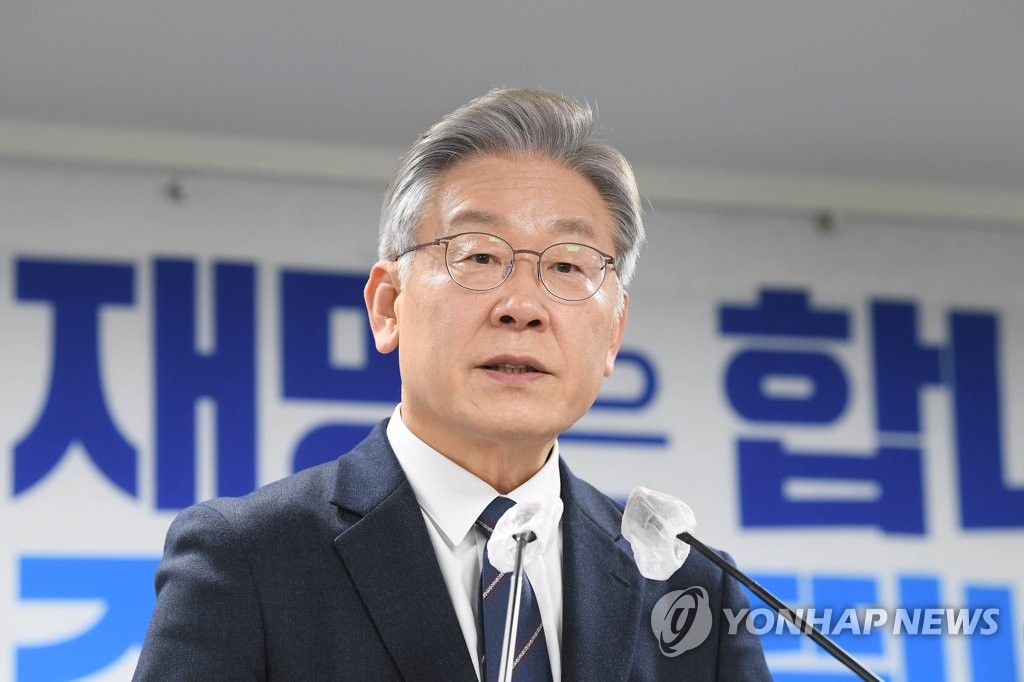 "This state of war has to be ended quickly on whatever basis," Lee said at the Kor-Asia Forum 2021. "An end-of-war declaration in itself can't be stopped for any political reason and shouldn't be stopped."

The remark runs counter to the argument of Lee's rival, Yoon Seok-youl of the main opposition People Power Party, who recently expressed reservations about declaring an end to the war when North Korea has yet to dismantle its nuclear weapons program.

"I believe Japan's political circles could make such claims (against the declaration) because that would be in Japan's national interests," Lee said. "But from our perspective, we have to clearly turn the state of armistice into an end-of-war state and go beyond a peace treaty to co-exist and develop into a mutually beneficial relationship of co-prosperity."

Lee said Seoul should deliver its position to Tokyo while continuing dialogue to make sure the issue does not worsen bilateral relations.

He also said Seoul should remain firm on historical and territorial issues but expand social and economic cooperation in the interest of both nations.