South Korea has been pushing for the upgrade from the current position on the emerging markets list, as the global index provider will have its annual review in June next year.

Finance Minister Hong Nam-ki earlier said the country deserves to win the developed market status "in light of its economic situation and foreign investors' views on the country."

The elevation, if made, will help boost stability in the Korean stock market and dispel the undervaluation of it due to geopolitical risks, he added.

For the upgrade, a country should be first placed on the watch list for at least one year. In 2008, South Korea was placed on such a list but failed to be awarded the status.

The country has been even excluded from the watch list since 2014, as MSCI cited the absence of an offshore currency market for the Korean currency as one of the main reasons for its decision to retain Asia's fourth-largest economy in the emerging market category. 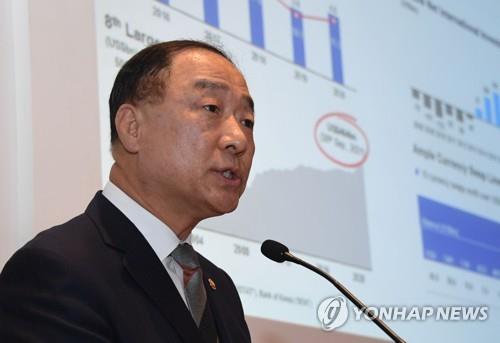