SEOUL, Nov. 25 (Yonhap) -- The Supreme Court ruled Thursday imports of childlike sex dolls should be banned, because they could lead to the perception of children as sexual objects and increase the danger of potential sex crimes against minors.

The ruling overturned lower courts' decisions that imports of child sex dolls should be allowed, like those of adult dolls. In 2019, the top court allowed imports of adult sex dolls on grounds that they are sex toys used in private life, an area in which the state should not interfere.

"Using the item in this case for its intended purposes can lead not only to creating distorted perceptions and abnormal attitudes treating children as a sexual object ... but there is also a fear it could increase the danger of potential sex crimes against minors," the Supreme Court said.

The court sent the case back to the Seoul High Court for reconsideration. 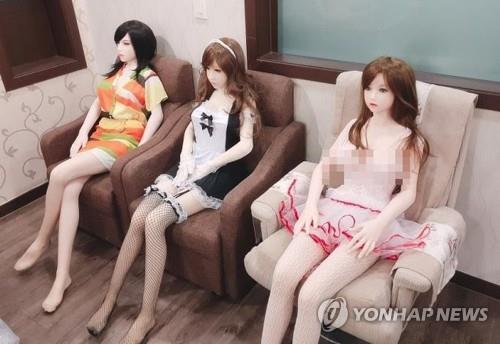 The case goes back to September 2019, when the regional customs office of Incheon, west of Seoul, put the import of a female sex doll, which is 150 centimeters tall and weighs 17.4 kilograms, on hold, calling it obscene material that harms public morals.

The following year, the importer filed a lawsuit seeking to overturn the customs office's decision, citing the Supreme Court's 2019 ruling that life-size dolls are a type of sex toy and not descriptive enough to harm human dignity.

Upholding a district court ruling, the Seoul High Court has ruled in favor of the importer and ordered the Incheon customs office to allow the entry of the sex doll.

But the Supreme Court overturned the ruling, saying child sex dolls could have as many harmful consequences as child sexual exploitation materials.