"Twenty years ago, we didn't enact a basic law on human rights or prevention of discrimination," Moon said in his remarks at the 20th founding anniversary of the National Human Rights Commission of Korea, a state-run human rights watchdog.

"We must focus on gathering our capabilities to make a new human rights standard in light of the changing times," Moon said.

Bills on anti-discrimination have been submitted to the National Assembly since 2007, but they have never been passed due to opposition from conservative lawmakers and some religious groups.

Many human rights advocates, including Amnesty International, have called for South Korea to enact an anti-discrimination law to protect sexual minorities from discrimination. 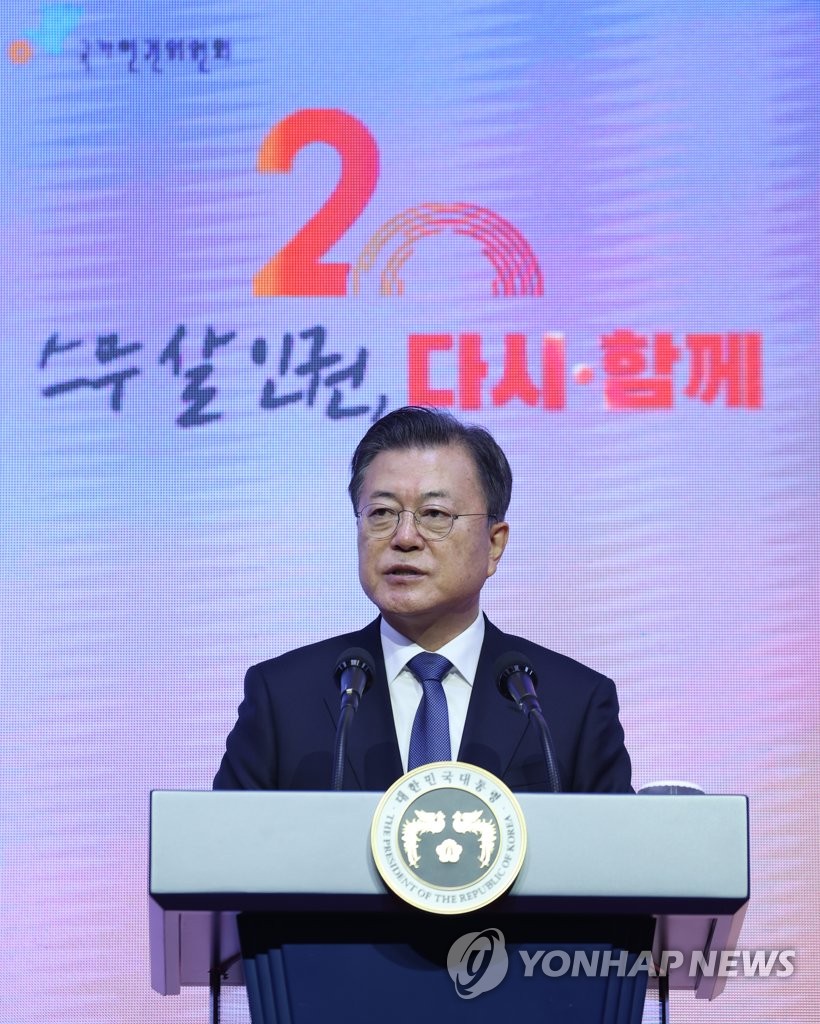 Moon also urged the commission to make more efforts to build a society where everyone, particularly vulnerable people, can enjoy equal human rights.

Discrimination and hatred are dividing the society these days, Moon said, adding the commission must take the lead in preparing measures to address these issues.

"I pledge that the commission's independence in its undertakings will continue to be thoroughly guaranteed," Moon said.