Speaking at a forum on Seoul-Tokyo relations, Yoon accused the Moon Jae-in administration of plunging the bilateral relationship to its worst level since the sides normalized ties in 1965 by bringing the issue of "foreign relations into domestic politics, instead of putting national interests first." 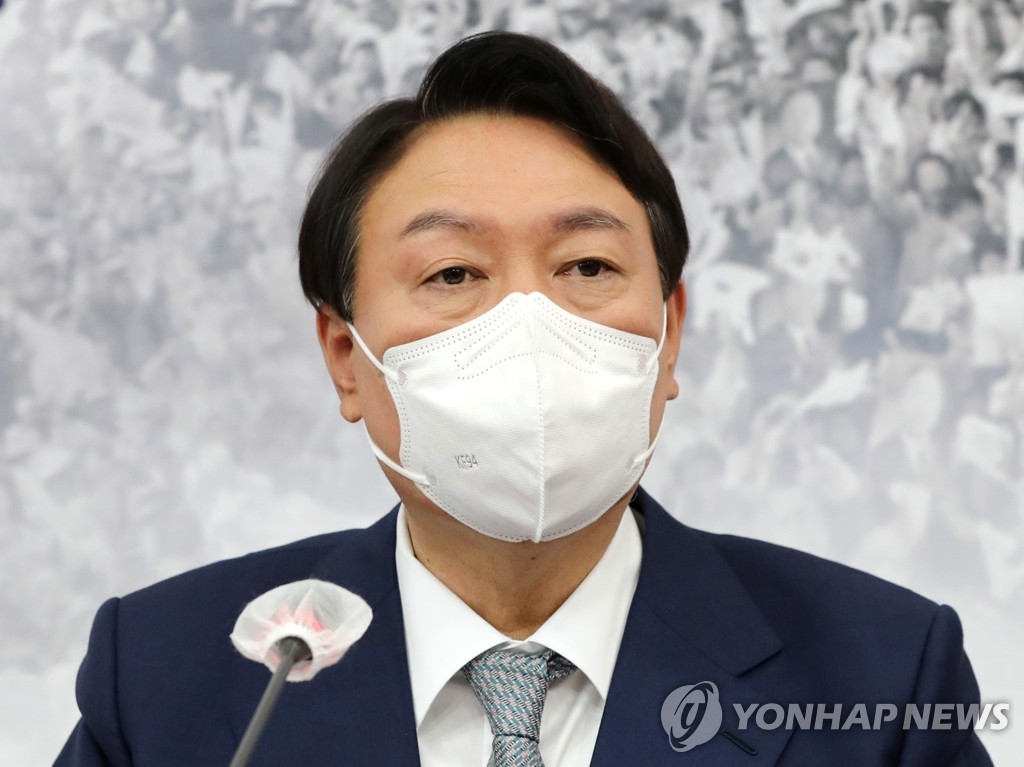 "I will not exploit foreign relations in domestic politics," Yoon said at the Kor-Asia Forum 2021. "I will not repeat the mistake of dividing the people into pro-Japan and anti-Japan, and leaving South Korea-Japan relations tied down in the past."

The two countries have been locked in a protracted row over issues stemming from Tokyo's 1910-45 colonial rule of the Korean Peninsula, including compensation for Korean forced laborers.

Yoon said if he is elected president, he will build a future-oriented bilateral partnership inspired by a 1998 joint declaration adopted by then President Kim Dae-jung and then Japanese Prime Minister Keizo Obuchi.

Yoon also said he plans to open a channel for "shuttle diplomacy" between the two countries' leaders, saying they should be able to communicate with an open mind at any time and on any topic.