SEOUL, Nov. 25 (Yonhap) -- South Korea's Foreign Minister Chung Eui-yong said Thursday the "atrocity" of wartime sexual slavery should be "never forgotten or repeated" as he touched on the tragic ordeal of the victims during Japan's 1910-45 colonial rule.

Chung made the remarks in a recorded speech for the 3rd International Conference on Action with Women and Peace in Seoul, referring to his past meeting with one of the surviving victims, Lee Yong-soo.

"I felt a great responsibility to restore their honor and dignity, and make sure such an atrocity is never forgotten or repeated," the minister said.

"The sad truth is that these atrocious acts may not be just distant memories of the past but, unfortunately, an ongoing reality for many victims in many parts of the world," he added.

Chung also reiterated the importance of the "survivor-centered" approach, stressing it is the "only way" to heal the wounds of the victims and recover their honor and dignity.

"It would be immoral for the perpetrator to wish for a shameful act to be forgotten by denying the truth, even revising history or waiting for the survivors to pass away," he said.

Chung's remarks came as bilateral relations have remained strained amid a prolonged row between Seoul and Tokyo over Japan's wartime sexual slavery and forced labor, and a renewed spat over Korea's easternmost islets of Dokdo. 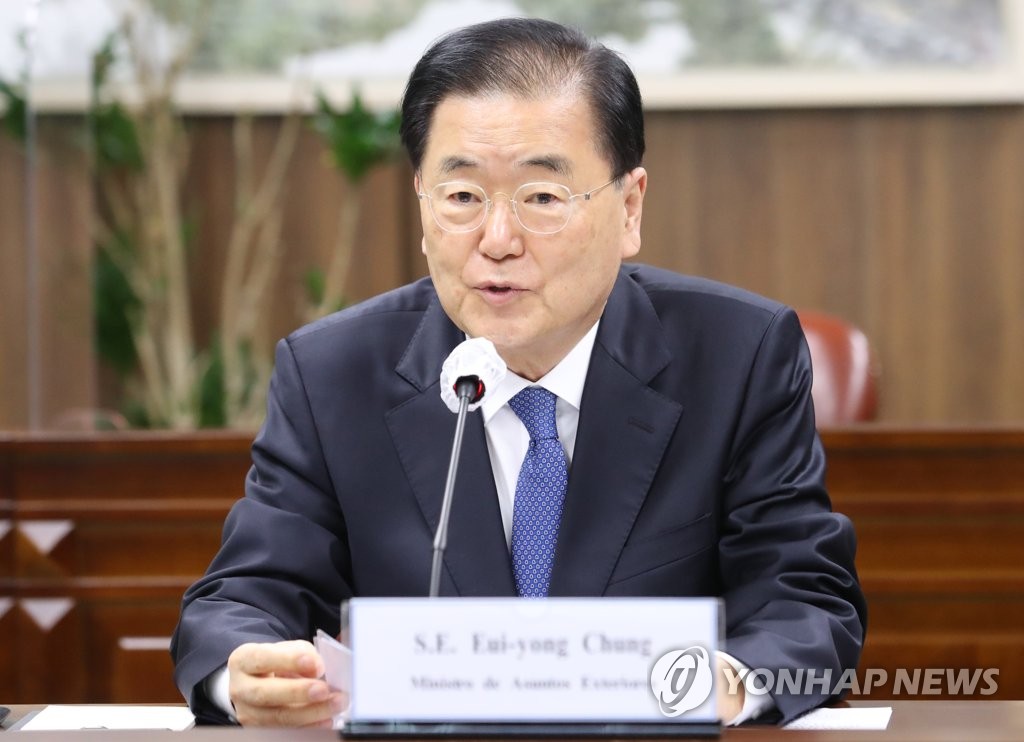 FM Chung says comfort women 'atrocity' should not be forgotten

FM Chung says comfort women 'atrocity' should not be forgotten