GOYANG, South Korea, Nov. 25 (Yonhap) -- Automakers on Friday showcased a suite of electric vehicles at a Seoul motor show as they are shifting away from internal combustion engine vehicles toward zero-emission vehicles amid a global push to reduce greenhouse gas emissions.

Hyundai Motor Group and German carmakers stole the spotlight with their upcoming all-electric models at the 2021 Seoul Mobility Show, which runs through Dec. 5.

Kia Corp., a smaller affiliate of Hyundai Motor Co., debuted the all-new Niro EV, while Audi, BMW and Mercedes-Benz focused on their pledges toward phasing out sales of new gasoline and diesel-powered vehicles in South Korea and other leading markets. In the new Niro, "Kia's signature Tiger Nose has undergone a complete overhaul by extending it from the hood right through to the fender. This contrasts with the large lower air intake grille," Senior Vice President Karim Habib, in charge of Kia's global design center, said in a press briefing.

Kia said it will launch the Niro EV in the domestic market in the first half of 2022. It also exhibited the EV6 all-electric sedan embedded with Hyundai Motor Group's own EV-only electric-global modular platform (E-GMP).

The maker of the K5 sedan and the Sorento SUV plans to beef up its EV lineup with 11 models, including seven E-GMP-based ones, by 2025.

German carmakers were aggressive in promoting their battery models in the annual motor show held in two years due to the extended COVID-pandemic and amid a global chip shortage.

Audi came up with the e-tron GT, RS e-tron GT to be launched in Korea next month and the Q4 e-tron SUV to be available next year, as it plans to fill 35 percent of its Korean portfolio with zero-emission models by 2030. 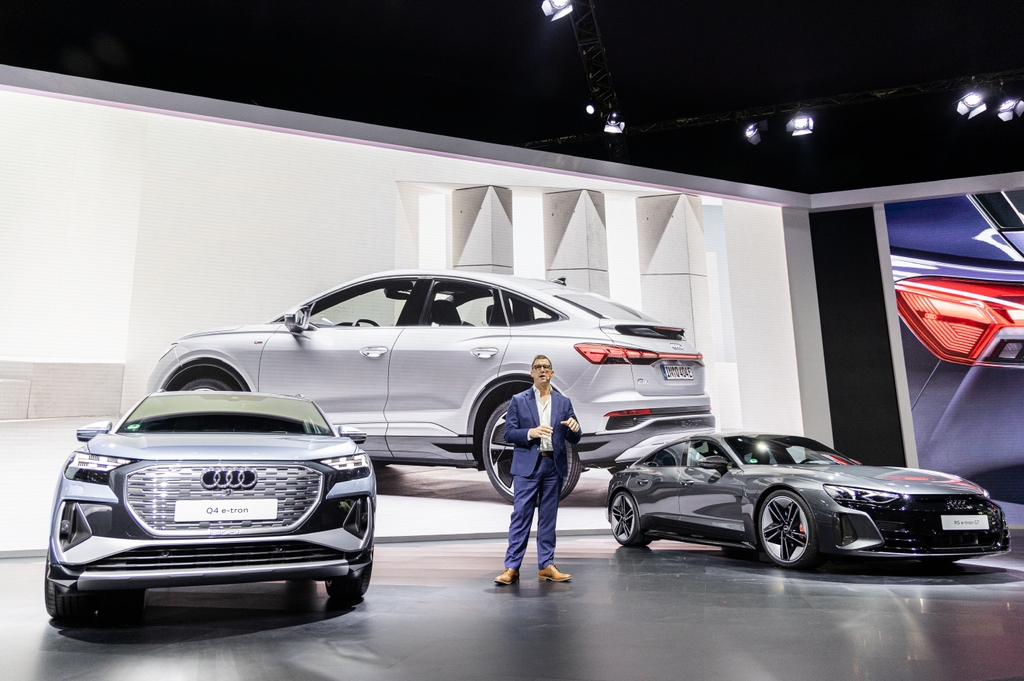 BMW introduced the all-electric iX flagship and iX3 midsized SUVs along with the i4 Gran Coupe and i4 M50 performance models.

This week, BMW added the iX and iX3 SUVs to its existing EV lineup composed of the pure electric i3 subcompact car and the plug-in hybrid i8 sedan. It plans to launch the 4-door i4 Gran Coupe and the i4 M50 in the first quarter of 2022. The i4 M50 will be the first pure electric model in the high-performance M lineup.

Other displayed models included the new EQS 450+ AMG Line that will go on sale in the Korean market within this year and the AMG EQS 53 4MATIC+ high-performance to be launched next year.

"We are doing this in the fundamental belief that the future is electric, and that is why we have boldly re-defined our strategy from electric-first to electric-only," Mercedes-Benz Korea President and Chief Executive Thomas Klein said in a press briefing.

It is crystal clear these cars will be electric and sustainable in all relevant dimensions and across all segments and sub-brands, he said. Instead of new models, Hyundai Motor announced its plans to test the Level 4 autonomous driving technologies on the IONIQ 5 all-electric car in downtown Seoul in the first half of next year.

The company said it will outline a detailed operating plan of the Level 4 IONIQ 5 models under the 'RoboRide' mobility service next year.

There are five levels of driving automation defined by the U.S. Society of Automotive Engineers International.

A Level 3 car allows lane changes and other autonomous driving functions to work without intervention by the driver.

The Seoul motor show was not held last year amid fears over the spreading coronavirus pandemic. 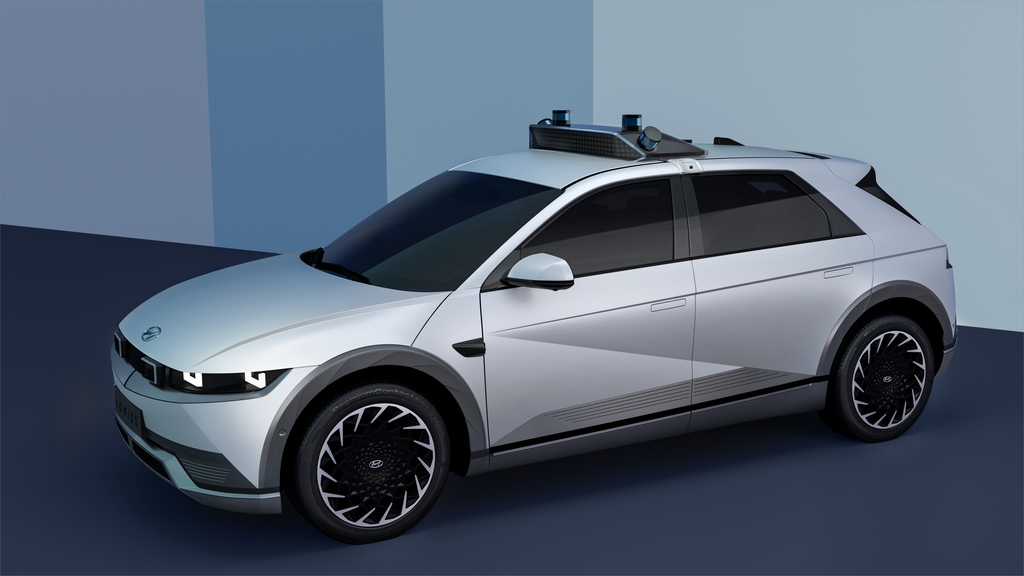