SEOUL, Nov. 26 (Yonhap) -- The remains of a soldier killed in the 1950-53 Korean War have been identified through DNA analysis more than a decade after they were recovered from a former battle site, the defense ministry said Friday.

The identification of the remains of Pfc. Lim Ho-dae came as his daughter registered her DNA sample with the government. She was less than a month old when her father joined the war.

Lim's remains were excavated from Hwacheon, 118 kilometers east of Seoul, in 2010. He was found along with other remains, including those of Pfc. Jung Chang-soo, whose identity was verified in September.

Lim died during a battle in October 1950, when South Korean troops fought their way to the north from Nakdong River, which served as the country's final defense line against invading North Korean forces.

It marks the 180th such identification of troop remains since the country began the excavation project in 2000. The military identified a record high of 23 fallen troops this year.

The ministry said it will hold a ceremony to welcome Lim's return and lay his remains at a national cemetery. 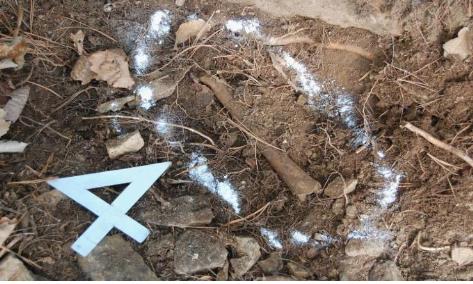