SEOUL, Nov. 26 (Yonhap) -- South Korea has not received any request from the United States for consultations over a possible diplomatic boycott of the Beijing Winter Olympics slated for February, a foreign ministry official said Friday.

The official's remarks came as U.S. President Joe Biden said last week Washington is considering a diplomatic boycott of the Games, apparently in protest over China's treatment of an ethnic minority group in its western Xinjiang region.

Under the boycott, U.S. athletes will compete in the Games, but a delegation of government officials will not attend the sporting event.

"We have not received any request," the official said on condition of anonymity.

But the official reiterated Seoul's hope the Beijing Olympics will become a "turning point" to improve inter-Korean relations.

The South has sought to seize on the Olympics to find diplomatic opportunities to reengage with North Korea and bring its stalled efforts for lasting peace on the peninsula back on track.

The U.S. move to consider the diplomatic boycott has spawned speculation other U.S. allies could follow suit. 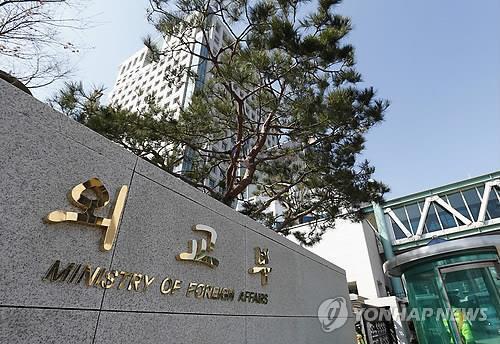 No U.S. request for talks over potential diplomatic boycott of Beijing Olympics: official

No U.S. request for talks over potential diplomatic boycott of Beijing Olympics: official