SEOUL, Nov. 26 (Yonhap) -- South Korea's ambassador to the Organization for Economic Cooperation and Development (OECD) has been appointed to chair its pension board for a three-year term, the foreign ministry said Friday.

The appointment of Ambassador Ko Hyoung-kwon as the head of the six-member Management Board of the Pension Budget and Reserve Fund came during a council meeting of the Paris-based OECD on Friday (local time), according to the ministry.

The board is in charge of overseeing the operation of the organization's pension budget and reserve fund worth 1.06 billion euros (US$1.19 billion) as of July this year, it said.

Ko, who previously served as Seoul's first vice finance minister, was appointed as ambassador to the OECD in 2019. 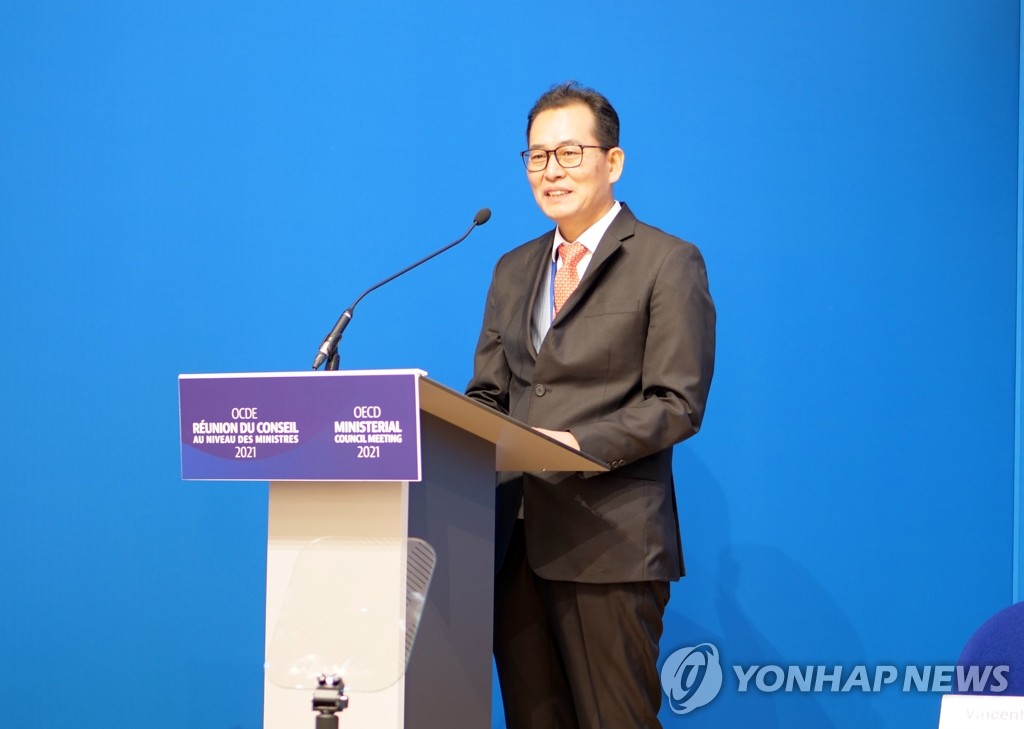