SEOUL, Nov. 28 (Yonhap) -- South Korea's exports of agricultural and fishery goods exceeded the US$10 billion mark for the first time this year, led by the popularity of "hallyu," the Korean wave of pop culture, data showed Sunday.

Outbound shipments of foodstuffs came to $10.13 billion in the Jan. 1-Nov. 25 period, up 16.1 percent from the previous year, according to the data compiled by the Ministry of Agriculture, Food and Rural Affairs.

It marked the first time that exports of agricultural and fishery goods have exceeded the $10 billion level since the country began compiling related data in 1971.

In 2020, the country's exports of farm and fishery goods hit a yearly record high of $9.87 billion despite the fourth wave of the pandemic.

The brisk exports for this year were led by increased shipments of strawberries, grapes and seaweed products, or "gim" in Korean, as well as traditional foodstuffs, such as kimchi and ginseng.

South Korea's seaweed products were the No. 1 food export item, with their exports coming to $600 million in the cited period.

Shipments of kimchi and ginseng also remained strong on the back of the popularity of hallyu and demand from health-conscious consumers around the globe, the ministry said. 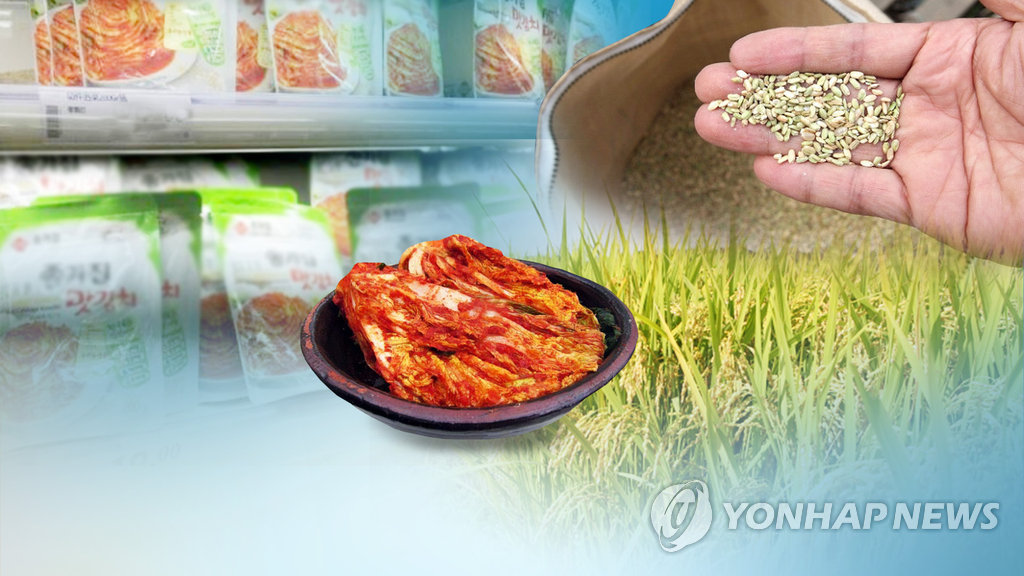