SEOUL, Nov. 29 (Yonhap) -- Self-driving cars will begin operations as a means of public transportation for the first time in Seoul this week, the city government said Monday, signaling a new era for commercial autonomous vehicle services. 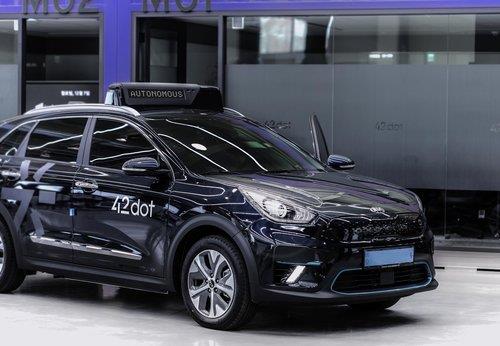 The three driverless cars will carry passengers between DMC Station and nearby apartment complexes and office areas, the government said.

The service will be operated by an advance reservation system until Saturday, it said, asking passengers to call the vehicles through the self-driving car app TAP! and then wait at the designated stop.

"The service marks the first step toward the era of commercialization of self-driving vehicles as a means of transportation, as they can be used freely by citizens," a Seoul government official said.

By the end of December, three additional autonomous vehicles, including a self-driving bus, will begin operations on the same route in Sangam-dong, the government said.

The city government said it aims to increase the number of autonomous vehicles operating in the Sangam-dong area to over 50 by 2026.

It plans to run the autonomous car service free of charge for about one month to help many citizens experience the self-driving cars before switching it to paid transportation in January .

The city suggested a fare of 1,200 won (US$1) for the self-driving bus and a fare of about 3,000 won for autonomous cars, though the private operating companies may set their actual fares much lower.

The city government held a ceremony commemorating the launch of commercial self-driving car services in Sangam-dong on Monday and awarded business licenses to two companies in charge of the autonomous vehicle service.

Following the ceremony, Mayor Oh Se-hoon rode in an autonomous car as its first passenger and traveled about 2.9 kilometers. 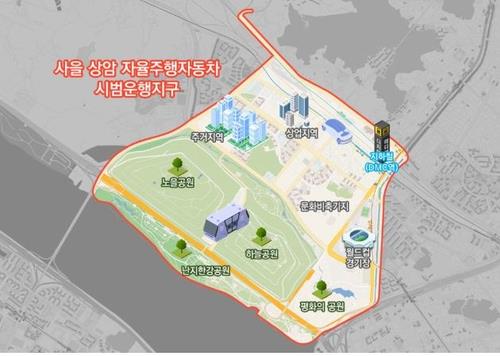