SEOUL, Nov. 29 (Yonhap) -- The government announced Monday it will launch a seasonal fine dust management program next month as part of efforts to reduce air pollution during winter, when dust levels are higher than other seasons.

The program, set to run from December to March of next year, will center around reducing industrial emissions and vehicle traffic in the greater Seoul area and partially suspending power generation by coal plants.

This is the third consecutive year South Korea has implemented such measures, since 2019. 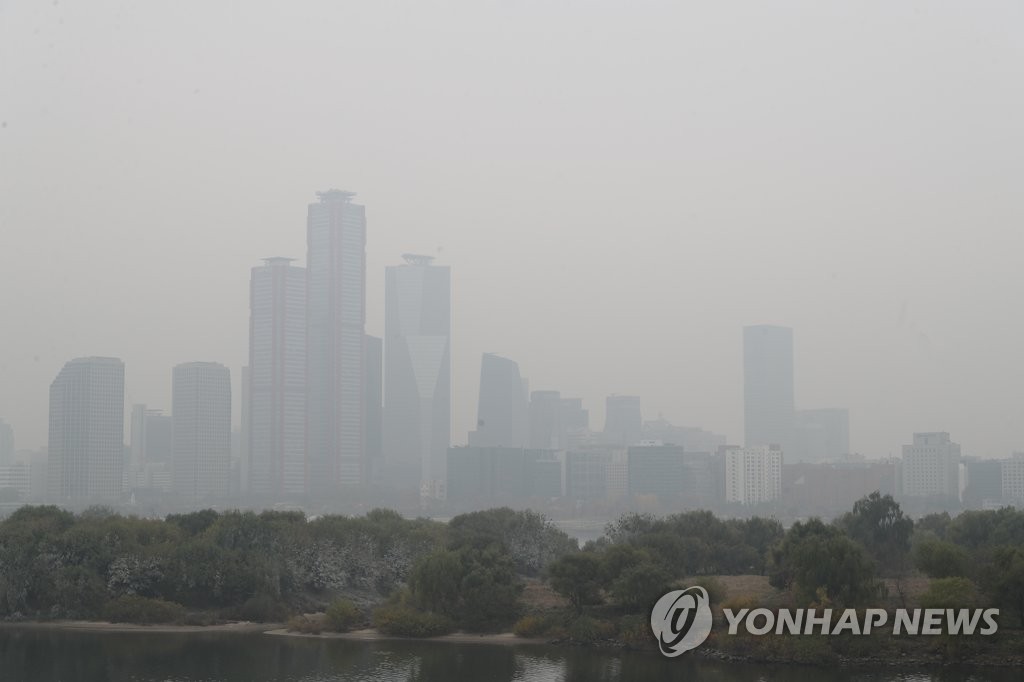 Under the program, driving of grade 5 emission vehicles without low-emission functionalities will be restricted on roads in Seoul, Gyeonggi Province and Incheon for four months.

Eight coal plants, one of the main sources of fine dust emissions, also plan to halt operations from December to February. This year, the government shut down one of a total of 58 plants across the country and plans to close two more.

South Korea also plans to beef up cooperation with China to coordinate a response to the fine dust issue by sharing their emission reduction policies and discussing the matter through a direct bilateral hotline when a high concentration of fine dust is expected across the region.

The government said it plans to cut down ultrafine dust emissions by 25,800 tons through the program this winter, a little more than the 23,784 tons last winter.

"Concentration of ultrafine dust, called PM 2.5, has stayed at a moderate level this year thanks to accumulated effects of related government policies, improvement of the fine dust level in China, weather and other factors," the environment ministry said.