This year, the North's calendars began to mark Nov. 29 as an anniversary for its rocket development. On the day in 2017, North Korean leader Kim Jong-un declared the completion of his country's nuclear forces after firing the new ICBM, the Hwasong-15.

"As of now, there are no unusual (North Korean) activities to additionally mention," Col. Kim Jun-rak, the spokesperson of the Joint Chiefs of Staff, told a regular press briefing.

"There isn't anything that we can specifically comment on regarding any unusual activities of the North Korean military, including possible preparations for a missile launch," Lee told a press briefing.

The 2017 ICBM launch marked a culmination of Pyongyang's decadeslong pursuit of long-range nuclear delivery capabilities, though questions persist over whether it has mastered the technology that will allow warheads to withstand extremely high temperatures during reentry into the Earth's atmosphere. 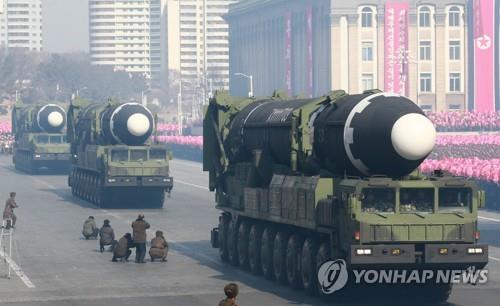