Miranda garnered 588 points out of a maximum 920 points. He also picked up 10 million won (US$8,370) in prize money. He is the first Cuban native to win an MVP award in the KBO and seventh foreign player to be so honored.

Miranda led the KBO with a 2.33 ERA and 225 strikeouts, a new single-season record by two. Miranda broke the mark set by the late Lotte Giants legend Choi Dong-won in 1984 and also won Choi's namesake award, presented annually to the top pitcher in South Korea, earlier this month. 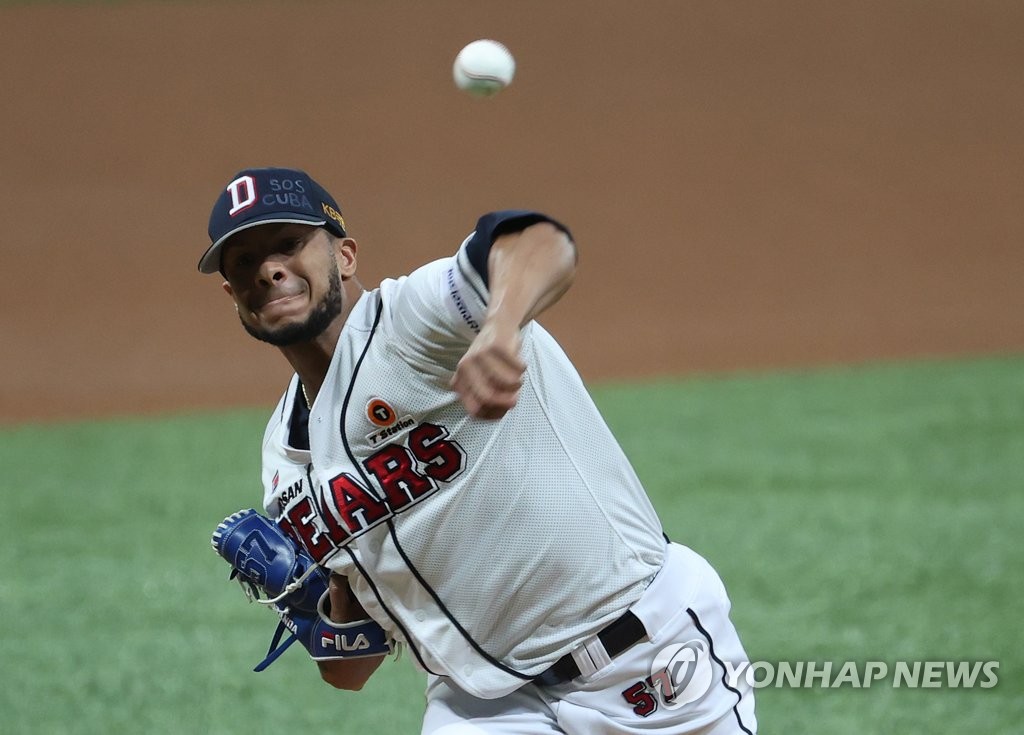 Miranda, 32, fell one category shy of winning the pitching Triple Crown, as he tied for fourth in wins with 14.

Miranda tied for first with 21 quality starts -- an outing in which a starter goes at least six innings and allows three or fewer earned runs -- and led all pitchers with 6.67 in wins above replacement, as measured by Sports 2i, the official statistics provider for the KBO.

In MVP balloting, players earn points based on top-five votes cast by media: eight for first place, four for second, three for third, two for fourth and one for fifth. 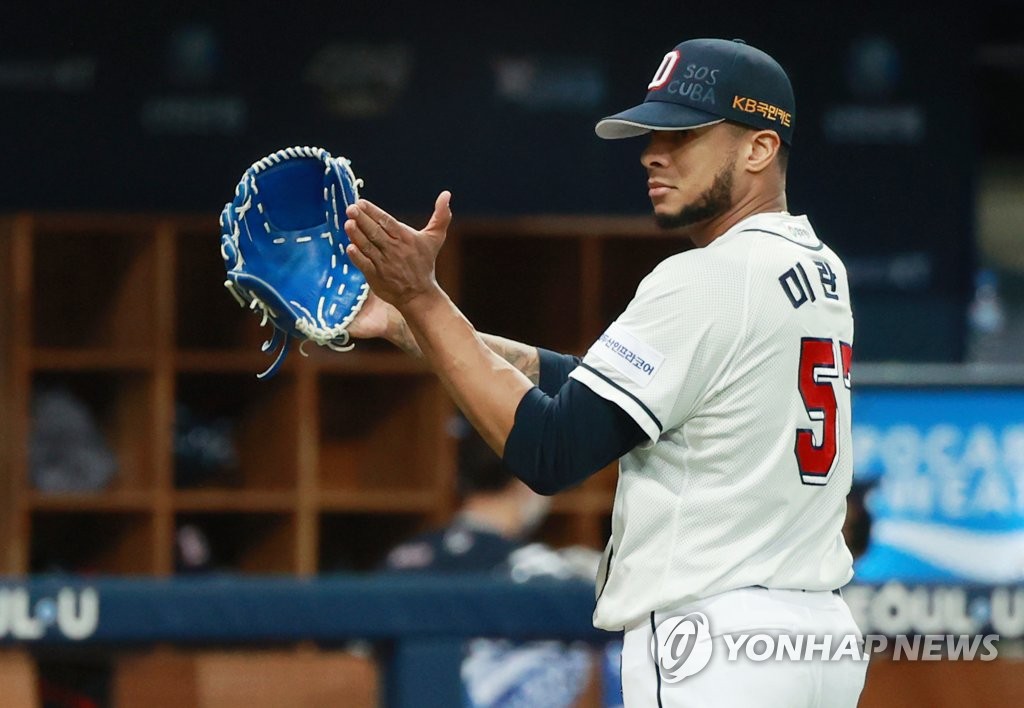 Miranda, who has pitched in the majors, Japan and Taiwan, is the third straight foreign player to be named KBO's MVP, following Mel Rojas Jr. of the KT Wiz in 2020 and Josh Lindblom of the Bears in 2019.

Miranda is the fourth foreign-born pitcher to be so honored, and all four of them pitched for the Bears in their MVP seasons.

In a pretaped video message, Miranda, who has already left South Korea for the offseason, thanked his family for their support and the Bears for giving him the opportunity to play in the KBO.

"It's a great honor to receive the award given to the best player in the KBO," Miranda said. "A baseball season is long, and I think I was able to find success because I was very well prepared mentally and physically. I will try to keep putting up great numbers." 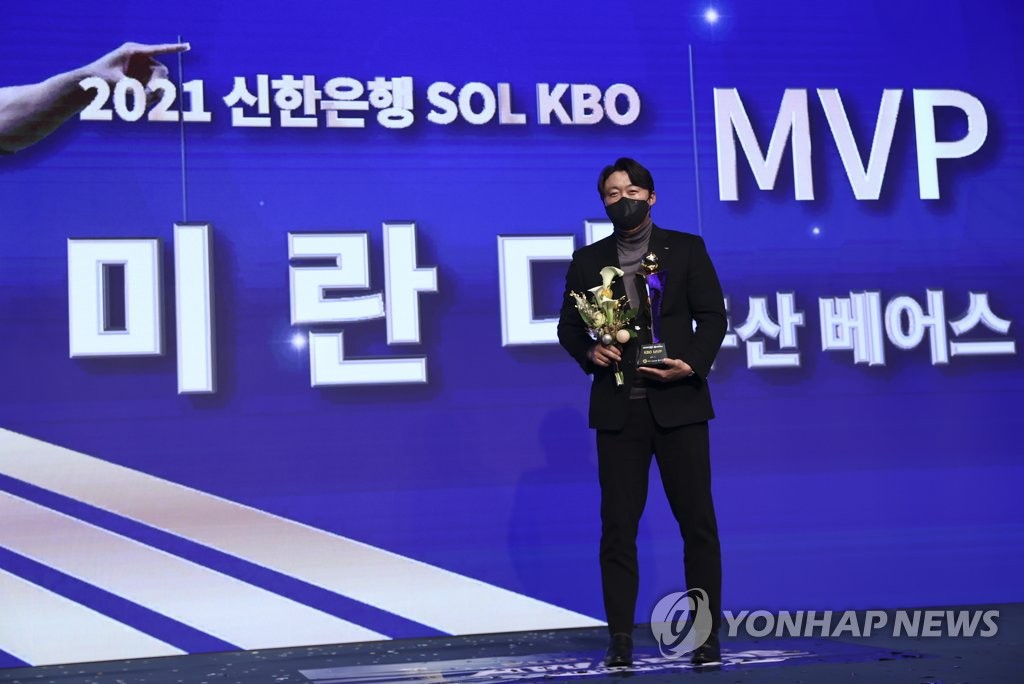