SEOUL, Nov. 29 (Yonhap) -- Lee Jae-myung, the presidential candidate of the ruling Democratic Party, on Monday vowed to prioritize economic growth, emphasizing he is willing to yield or compromise his policies if that helps to improve people's livelihoods.

"Nothing matters more than people's problems making a living," Lee said during his campaign event celebrating the 100-day countdown to the March 9 presidential election in the country's southwestern city of Gwangju. "For people and their livelihoods, I will make improvements to wrong policies and adopt necessary policies in a decisive manner."

Lee added he will not insist on his policies and will accept others' ideas if that helps to improve people's livelihoods. The former Gyeonggi Governor earlier dropped his plan of providing COVID-19 relief grants to all people following opposition from the government and the rival People Power Party (PPP), both claiming it is more effective to support vulnerable people hit by the pandemic.

The PPP presidential nominee Yoon Seok-youl had proposed 50 trillion won (US$41.9 billion) in spending to help the self-employed and small business owners hit by the COVID-19 crisis, rather than doling out money to all people.

Lee said he is willing to take Yoon's proposal and asked him to find ways to enforce it right away.

"Regardless of who gets an advantage or a disadvantage, we want to carry out our responsibility by getting necessary things done for the people," he said.

Lee also vowed to change the National Assembly, saying it is "too slow" when it comes to handling legislation related to people's livelihoods. 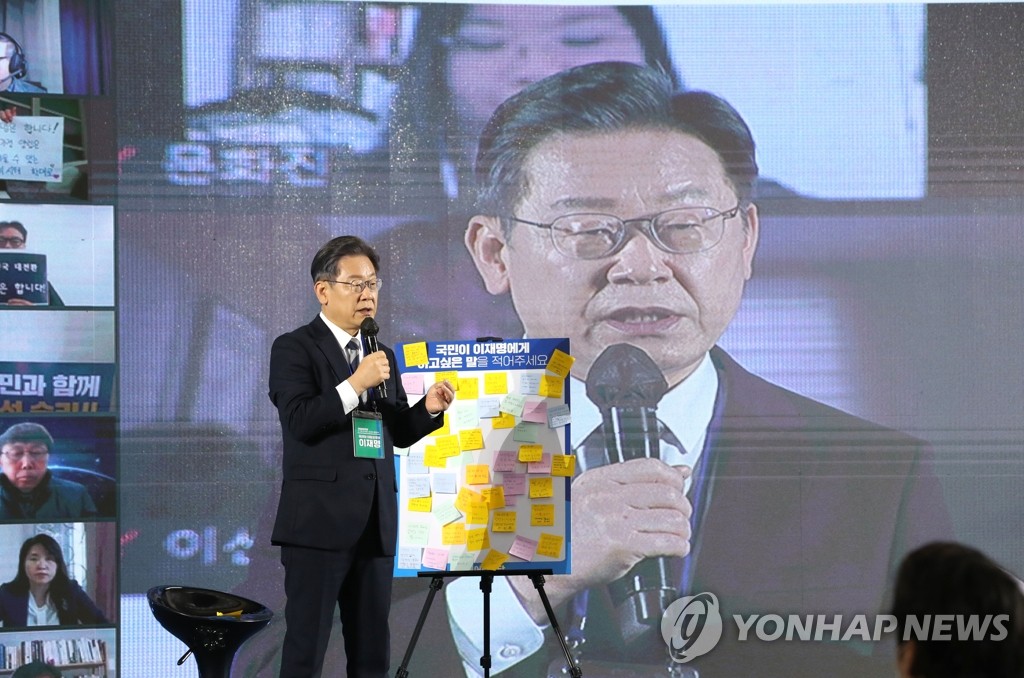