SEOUL, Nov. 29 (Yonhap) -- Prosecutors sought an arrest warrant for a former opposition lawmaker on charges of accepting bribes in the form of severance pay for his son from an asset firm at the center of a massive development corruption scandal.

Kwak Sang-do quit the main opposition People Power Party and ultimately gave up his parliamentary seat after it was revealed his son received 5 billion won (US$4.2 million) in severance pay from Hwacheon Daeyu Asset Management.

Prosecutors suspect the money was a bribe to Kwak.

The previously unheard-of asset management company has been under investigation over its astronomical profits from a lucrative apartment development project in the Daejang-dong district of Seongnam City, south of Seoul.

Investigators suspect Kwak offered business favors to Hwacheon Daeyu in the past while serving as Cheong Wa Dae's senior secretary for civil affairs and a member of the National Assembly's culture committee. The money was given to the lawmaker's son, who previously worked at the company for about seven years, as severance pay.

Kim Man-bae, owner of Hwacheon Daeyu, has been indicted on charges in connection with the 2015 development project.

The scandal has received intense media coverage amid questions about its potential impact on next year's presidential election.

The PPP has claimed Lee Jae-myung, the ruling party's presidential candidate who served as Seongnam mayor in 2015, was behind the whole scheme. 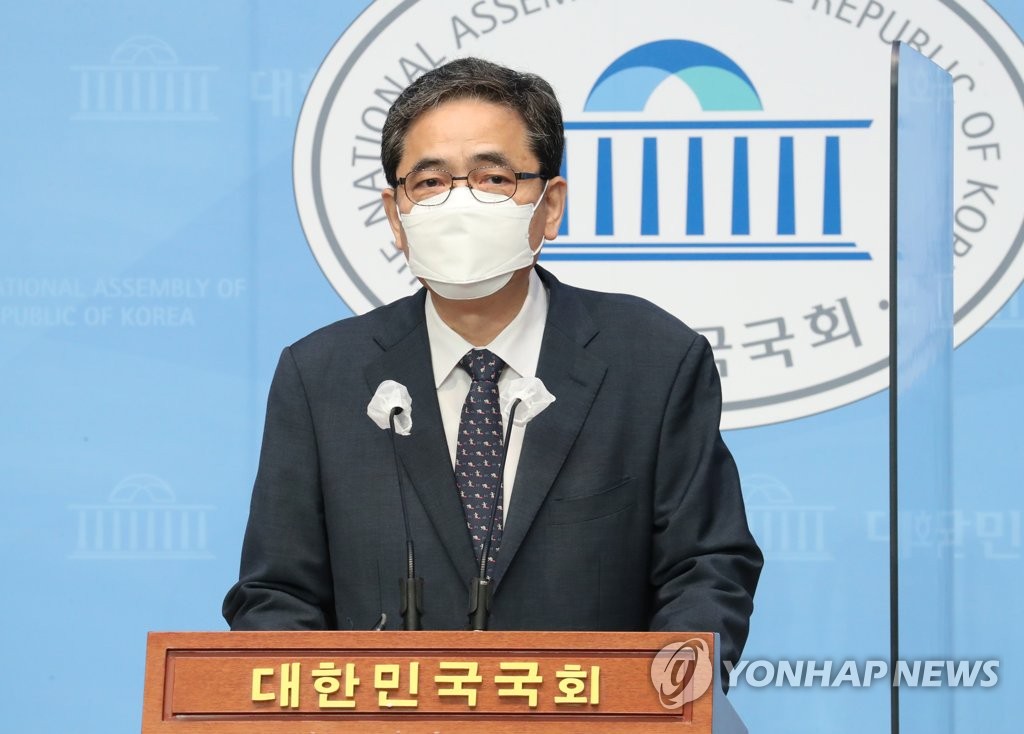 Arrest warrant sought for ex-lawmaker in connection with development scandal

Arrest warrant sought for ex-lawmaker in connection with development scandal