SEOUL, Dec. 1 (Yonhap) -- After leading his esports team Damwon Kia to a runner-up finish at the 2021 League of Legends (LOL) World Championship last month, Kim Dong-ha, better known by his gaming name "Khan," confirmed his professional gaming career is over.

A six-time winner of the LOL Champions Korea (LCK), the top LOL competition in South Korea, Kim has established himself as a top star in the competitive multiplayer online battle arena game, but it was time for him to hang up his mouse and keyboard.

"Military service is the biggest reason that I decided to retire," Kim told Yonhap News Agency. "If there was no military issue, I would still be playing." 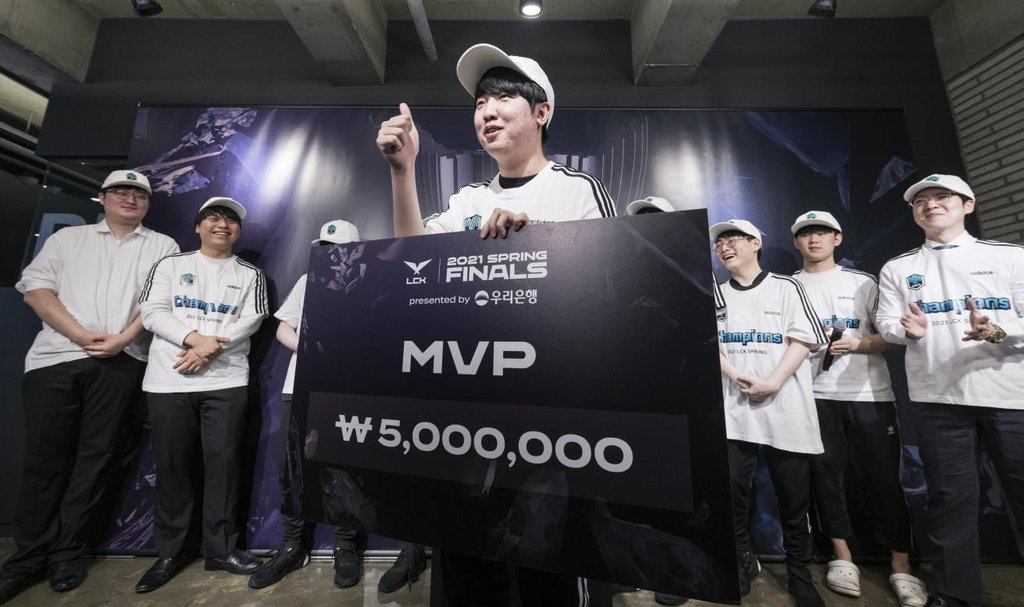 "I have already postponed my enlistment five times, and there is no way to postpone it again," he said. "I would definitely think about joining the military team if there is one."

But esports players like Kim recently saw a silver lining after local politicians, including the ruling Democratic Party's presidential candidate Lee Jae-myung, called for the creation of a military esports team under the Korea Armed Forces Athletic Corps, commonly known as Sangmu.

Sangmu is home to soldier athletes, helping them maintaining their skills while fulfilling their national duty. It currently runs teams in 25 sports, including football, archery, swimming and cycling.

"Let's make an esports team at Sangmu, so we can provide opportunities for esports players to participate in international competitions and foster their skills while showing that going to the military is not a pain," Lee said during a founding ceremony of a lawmakers' study group for esports development.

According to survey data from Rep. Jung Chung-rae of the DP, 80.4 percent of professional gamers in South Korea supported the establishment of a military esports team, while only 2.8 percent opposed it. 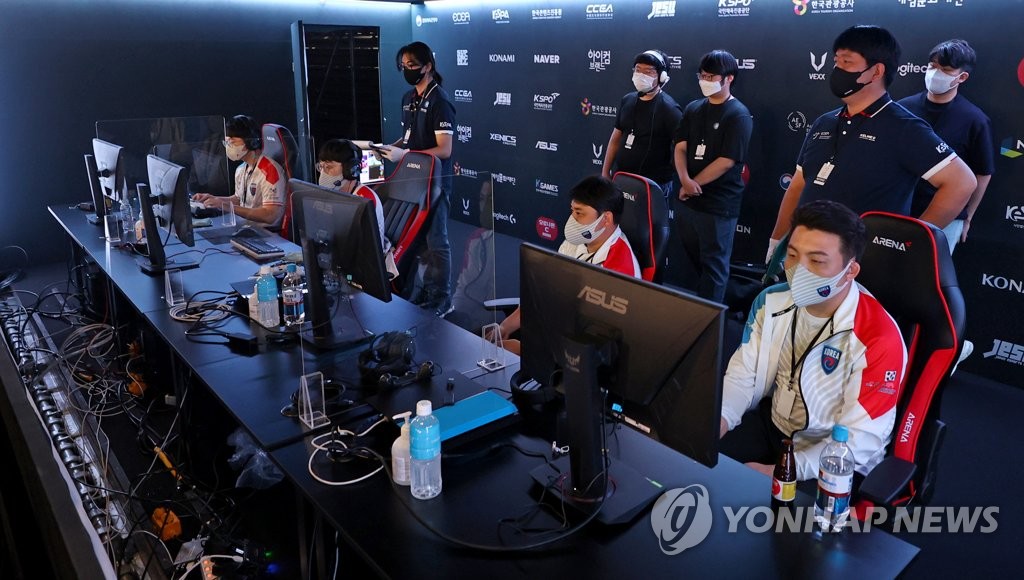 Those who support the creation of a military team say it will help the country's world-class esports players continue their careers without interruption and will bring a positive impact to the gaming industry of South Korea, still recognized as the mecca of esports.

"For professional gamers, going to the military means retirement," said Josh Ahn, interim chief operating officer of T1, a South Korean esports organization. "It's a pity that South Korean esports players that boast the best talents in the world are retiring earlier than their competitors in foreign countries."

But others worry of deja vu, saying having a military team does not necessarily push back esports players' retirement, as witnessed with the Air Force ACE, the world's first military esports team run by the South Korean Air Force from 2007-14 with conscripted professional gamers of Starcraft, a popular online strategy game developed by Blizzard Entertainment.

More than 30 professional Starcraft players did their service at the Air Force ACE, but most of them chose to retire after completing their military duty rather than resume their playing career. 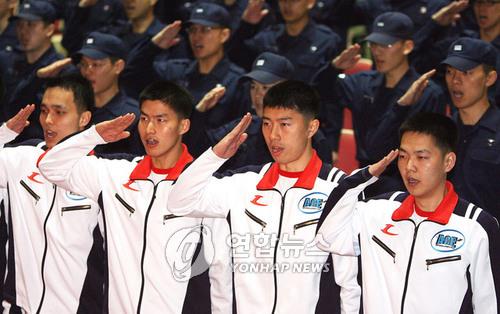 "Back then, the team recruited famous players who were already past their prime, and that's why many of them retired after finishing their service," said Son Suk-hee, a former professional Starcraft player better known by his gaming name "Stardust." He is one of the few players who continued playing after completing his service at the Air Force ACE.

"If the Sangmu team is about publicity and improvement of the military's image, I think it will be better to bring in players who are determined to resume their playing careers even after discharge," he added.

Instead of making a military esports team, others propose the country should allow esports players to postpone their enlistment until age 30, so they can carry out their military service after finishing their gaming career since most esports players retire in their mid-20s.

But supporters of the Sangmu esports team refute that idea, saying it will actually limit the players' future plans and development of the gaming industry.

"There are problems you face in the military when you enlist late," said Lee Doe-kyeong, a legislative aide to Rep. Lee Sang-heon of the DP. He has designed various esports-related laws, including punishment on gaming account boosting, with lawmakers.

"They will also return to society late, and that will put more pressure on their future career after discharge," he added. 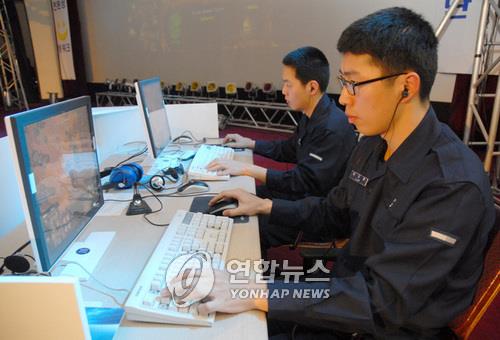 Industry watchers said even if a new military esports team is created, its performance is likely to be poor, as the Air Force ACE's was, because players will feel stress and face lack of practice time due to disciplined barrack life.

"It is a mental sport, and managing your stress is more important than managing your stamina," said Cha Jae-uk, former Air Force ACE player. "Some gamers may not adjust well to the military environment, which lacks freedom compared to the outside world."

The Air Force ACE recorded 18 consecutive losses in a single season, the worst in the local pro Starcraft league history, and most of their players registered a winning rate below 50 percent.

"Boosting their motivation would be a challenge," said Lee Sung-eun, former Air Force ACE player better known by his gaming name "firebathero." "Esports players now make millions of dollars, and they have to give up that fortune when they join the military. Their prize money earned during the service will also go directly to the military, so it is not going to be easy." 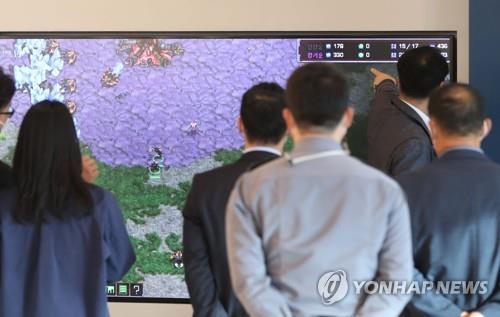 And there are administrative hurdles that make the military esports team issue more complicated.

In the case of LOL, arguably the most played online game on the planet, the LCK has adopted a franchise system, and teams that want to join its league have to pay an admission fee that is reportedly over 10 billion won (US$8.4 million).

"Will the military allow paying that money?" said Lee Il-woo, chief financial officer at Bigpicture Interactive, a local esports firm. "We should also think about which game should be selected for the Sangmu team, because these days, there are so many professional players in various games."

Despite skepticism and challenges, some market watchers said the Sangmu esports team can deliver a great opportunity for the local gaming industry beyond producing world-class players.

"Most games played professionally today are made by foreign developers, but imagine if the Sangmu team includes a homegrown online game," said Jeong Yeon-chul, a Honam University professor who teaches about the esports industry. "The team should also think about opening its doors to amateur players, because that will help expand the country's gaming industry."

(Yonhap Feature) Hope for military esports team rising, but will it succeed?

(Yonhap Feature) Hope for military esports team rising, but will it succeed?