As of Monday, local SMEs' overseas shipments exceeded the previous full-year record of US$105.2 billion set in 2018, according to the data from the Ministry of SMEs and Startups, and the Korea Customs Service.

In the first 10 months of this year, South Korean SMEs exported $95.3 billion worth of goods, up 26.7 percent from the year-earlier period.

The number of smaller exporting companies came to 87,019 in the January-October period, up 16.3 percent from a year ago.

Plastic products registered the largest amount of exports at $4.74 billion, followed by cosmetics at $4.39 billion, chip-making equipment at $3.3 billion and medicine at $3.82 billion.

China was local SMEs' largest export market at 20 percent over the cited period, trailed by the United States at 12 percent, Vietnam at 9 percent and Japan at 8 percent, according to the data. 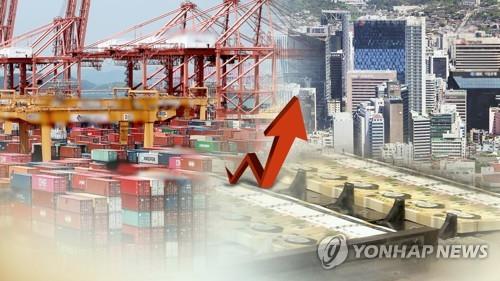