Lee Man-hee, the 90-year-old founder of the Shincheonji Church of Jesus, was indicted last year for allegedly underreporting the number of Shincheonji followers and church locations to the government when the virus was fast spreading among the followers.

However, both the district and the appellate courts found that submission of such information pertains to the data acquisition process, not the government's epidemiological investigation process, concluding Lee's act is not punishable under the infectious disease prevention act.

"It is also difficult to conclude the accused deliberately omitted requested data," the Suwon High Court said, noting that the church later submitted all requested data to the government.

The court, however, found Lee partly guilty of charges of embezzling 5.6 billion won (US$4.7 million) from church funds to build a new church facility and holding unauthorized religious events at local government facilities from 2015 to 2019. 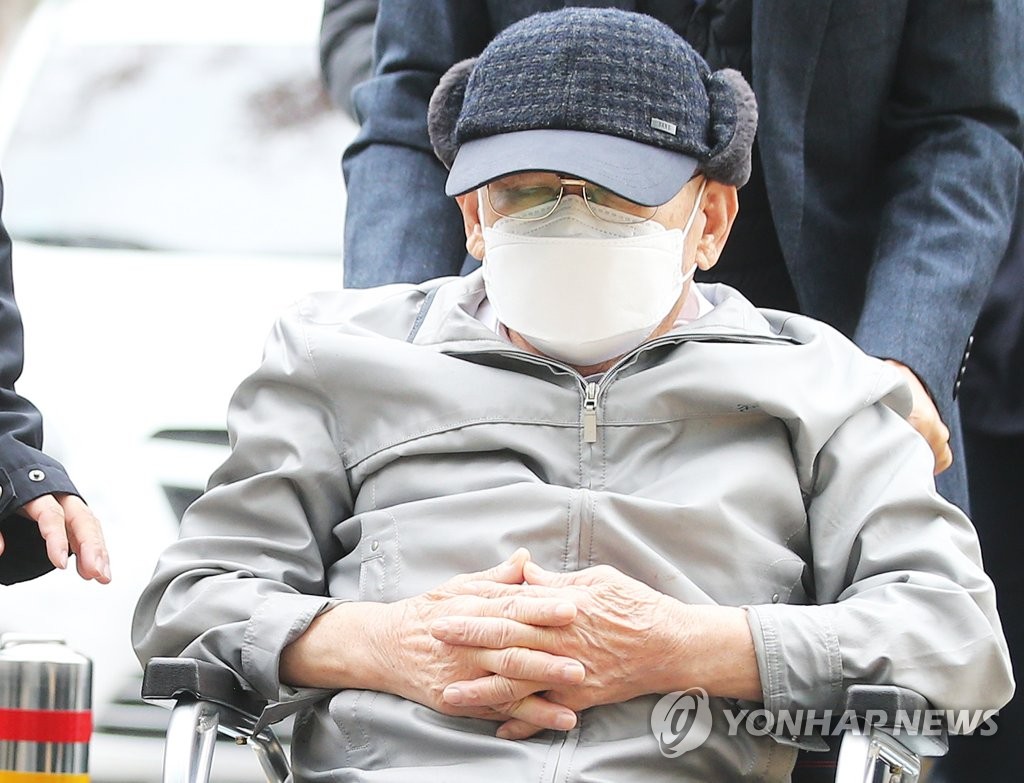