Finance Minister Hong Nam-ki made the remarks during his meeting with the delegation of S&P Global Ratings, led by Kim Eng Tan, senior director of Asia-Pacific sovereign ratings at the global credit appraiser.

The delegation kicked off its annual consultations with the Korean government Monday to discuss the country's sovereign credit rating and economic situations. The consultations will run through Thursday.

Hong said despite the continued growth of household debt, it is posing limited risks to the economic system, according to the finance ministry.

He said his assessment came mainly because the portion of borrowers with high creditworthiness remains high and financial firms have improved their capability to absorb losses.

"The government plans to strengthen the management of household debt by limiting its annual growth to 4-5 percent next year and expand policy financing for vulnerable people," Hong said. 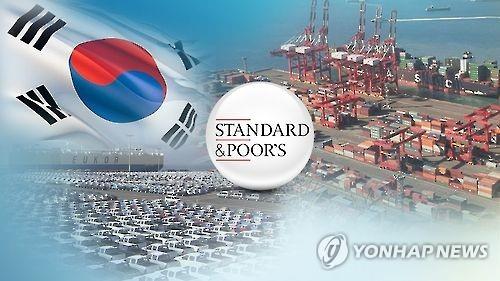 South Korea's household debt has been cited as the main drag of the country's economic growth, as it could sap private spending.

The country's household credit had stood at a record high of 1,844.9 trillion won (US$1.55 trillion) as of end-September, up 36.7 trillion won from three months earlier, according to central bank data.

But the growth of household credit grew at a slower pace in the third quarter from three months earlier as financial authorities tightened lending rules.

Hong said housing price growth has slowed since the end of September and the trend may continue down the road due to the central bank's rate hike and tighter lending regulations.

S&P is expected to announce South Korea's credit rating in the first half of next year based on the results of the consultations.

In April, S&P maintained its credit rating on South Korea at "AA," with a stable outlook, the third-highest level on the company's table. The country has been at the level since August 2016.