SEOUL, Nov. 30 (Yonhap) -- Actor Park Jeong-min plays a production director of a local broadcasting station who gets involved in a series of frustrating incidents after his family member is subject to an unexpected supernatural phenomenon in the latest Netflix sensation "Hellbound."

Originally, though, his character named Bae Young-jae was too monotonous and flat when he was given the screenplay of the series, although it is an important role that leads the last three episodes, Park said during an online media interview Tuesday.

"I improvised a lot. I can't remember how much I ad-libbed throughout the show," the 34-year-old actor said. "Young-jae has to be attractive as he is one of the main characters in the latter parts, and I added something interesting." 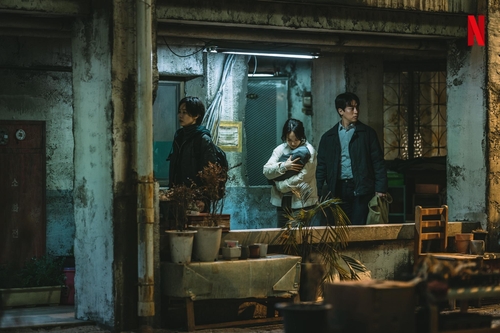 The result was a far grouchier and more ill-tempered character who thinks his family and his job are more important than the struggling world and victims of social madness, and complains of extra work that keeps him from going to see his newborn baby.

"Maybe Young-jae mirrors my father, a common office worker that we can see easily," he said. "I tried to imagine how this ordinary guy would respond to unknowable and incomprehensible things like natural disasters and deal with them."

The six-part series depicts a dystopian world of public hysteria and religious zealotry amid a series of mysterious divine revelations and murders by golem-like creatures.

The actor stressed the fact that Young-jae is an ordinary person makes "Hellbound" resonate with the global audience. The average man, who constantly tries to distance himself from the social stigmatization led by the powerful religion New Truth Society and its radical followers of Arrowhead, plays a role in helping the world find a glimmer of hope in the end. 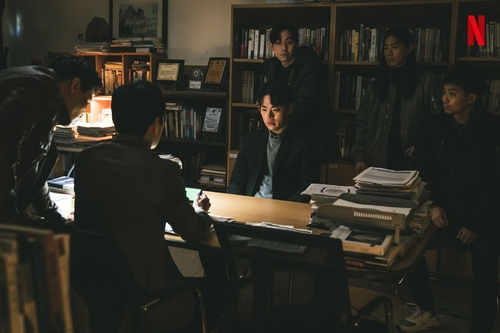 "'Hellbound' talks about things that happen everywhere on the globe. It's about the social tragedy caused by blind faith," he said. "I think director Yeon wants to reveal the human nature of avarice and foolishness," he said.

Talking about his casting process, Park said he wasted no time in accepting an offer from the director.

"I'm a big fan of the original cartoon, created by 'Hellbound' director Yeon Sang-ho," Park said. "Even before the director gave me an offer for a role, I said 'yes' to him."

Park expressed his desire to star in a sequel of the Netflix series, although there is a low possibility. Yeon has mentioned earlier that he is working on the new webtoon for the next story to be published next year, while its TV series adaptation has not been determined yet.

"I'm desperate to be part of the second season. But it depends on the director," he said. "I know it's almost impossible, but I really want to appear in the next season." 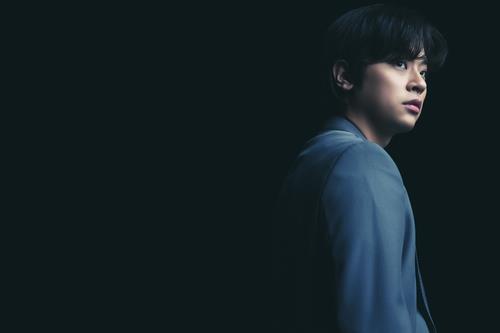